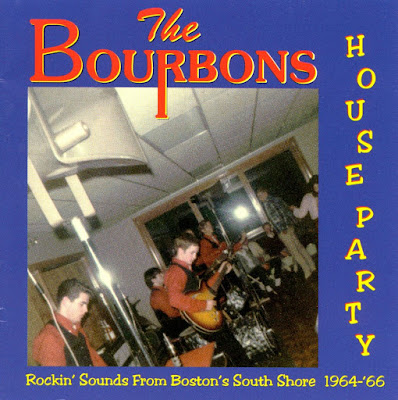 An extremely typical garage band of the mid-'60s, the Bourbons never released a record. Their set consisted almost entirely of faithful covers of current rock hits, which they would play on their live gigs in the Boston area. They did record quite a bit of unreleased material -- again, almost all covers. That condition makes the release of a Bourbons CD -- along with tapes of two related, previous bands, the Van-dels' and Chevells -- of very limited interest, no matter how competently the tunes were executed. 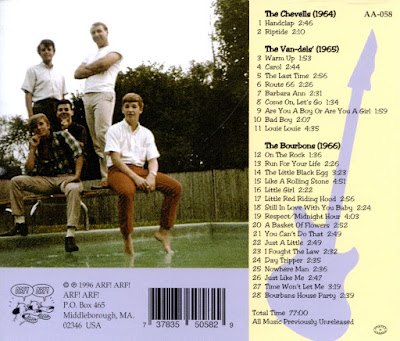 This is the story of Al Lorusso, a rock & roll journeyman who, during the 1960s, plunked his guitar in three related bands: the Chevells, the Van-dels, and the Bourbons. Lorusso recorded a wealth of material in all three bands, but none of them ever released so much as a local 45 in their respective heydays. But by recording a number of practice sessions on his home tape deck, Lorusso amazingly documented what an average teen combo down the street actually sounded like during this time period. As such, it's a marvelous document of time and place, and the music isn't half bad either. With plenty of Stones, Beatles, and Top 40 favorites along the way, this one's like having an after-school dance in your CD player.