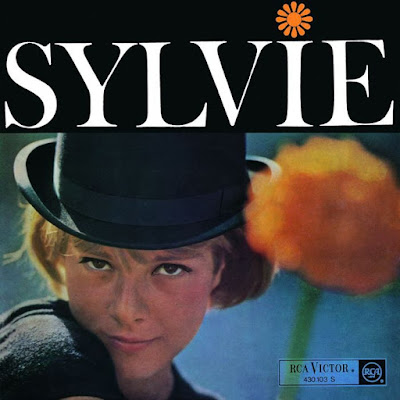 Sylvie Vartan is an iconic, award-winning Bulgarian-French singer and actress whose signature singles "La Plus Belle Pour Aller Danser," "Si Je Chante," "Zoom Zoom Zoom," and "Irresistiblement" are considered not only classics of French pop, but also European classics. She established her stardom as a yé-yé idol who transformed herself into a superstar show-woman during the '70s. She is considered a French national treasure known simply as "Sylvie" and renowned for her elaborately staged concerts, sequined costumes, adventurous choreography, and no-nonsense professionalism.

Vartan was born Sylvie Georges Vartanian in Iskretz, Bulgaria during WWII, seven years after her brother Eddie. Her parents were originally from Georgia and worked for the French embassy. After Bulgaria was invaded by the Soviets in September 1944 -- a month after her birth -- the Vartan's house was confiscated, prompting the family to relocate to Bulgaria's capitol and largest city, Sofia. Due to changing circumstances in the country, they decided to leave and emigrated to Paris, France, arriving in December 1952 after a three-day train ride. They were shocked at the abundance of food, gifts, and other products readily available for purchase. Georges Vartan procured work as a night porter and the family stayed in a hotel for several years, cramped in a single room. The children, who could not speak a word of French, found it difficult to adapt. Nevertheless, through sheer hard work, Sylvie managed to pass her entry exam to the Lycée Victor Hugo.

Sylvie [1962] In 1960, the Vartans moved into an apartment. Sylvie entered the Hélène Boucher Lycée for Girls. Her mother advised her to specialize in foreign languages, at which she seemed gifted. That advice would serve her well in the future. Around this time, she began to take an interest in rock & roll (Bill Haley and Elvis Presley) and jazz -- her bother had become a professional trumpeter). That same year, Eddie gave up his legal studies to become first an artistic director for RCA France, and then a record producer. Almost immediately he persuaded his sister to sing a duet with Frankie Jordan on "Panne d’essence," released as the flipside to one of his singles. Unexpectedly, the B-side became the hit and Vartan, uncredited on the sleeve, received her first opportunity to sing on television. She as well-received by the press, who dubbed her "la collégienne du twist" ("the twisting schoolgirl"). By the fall of 1961 she had signed her own deal with Decca and, that December, issued her debut EP whose hit track was "Quand Le Film Est Triste," a cover of Sue Thompson's "Sad Movies (Make Me Cry)." The label rushed out her version of Ray Charles' "What'd I Say" and put her on-stage at the L'Olympia that same month as the opening act for Vince Taylor. In July of 1962 she toured the country with Gilbert Bécaud and did her second concert at L'Olympia with Johnny Hallyday. In autumn she released her version of "The Loco-Motion" and her first LP, simply titled Sylvie and followed it shortly thereafter with the single "Tous Mes Copains." Vartan also had her first adult part in a movie playing a singer in the film Un Clair de Lune à Maubeuge. In 1963, Paul Anka offered her the song "I'm Watching You," which became her first international hit in Japan and Korea, resulting in the smash LP, Twiste et Chante. She rounded out the year with four TV specials and became the doyenne of teen magazines. Of the 32 tracks she released between 1962 and 1963, six landed in the European Top 20. Late in 1963, Vartan toured France with Johnny Hallyday and starred with him in the movie D'où Viens-Tu, Johnny? Shortly thereafter, they traveled to Nashville, to record with the Jordanaires, resulting in the album À Nashville. The pair was engaged in 1964, just before Hallyday went to perform his compulsory military service, and Vartan released her self-titled album, which is considered her entry into the yé-yé universe. Its single, "La Plus Belle Pour Aller Danser," became her most recognizable hit. Eddie Vartan hired two English songwriting session musicians, Tommy Brown on drums and Mick Jones (later of Foreigner) on guitar. All went to record in New York City, where they penned Sylvie's hit "Cette Lettre-Là." The track marked her first variety TV show performance on the Ed Sullivan Show as a promo for her full-length Gift Wrapped from Paris.
Vartan and Hallyday married in 1965 and gave birth to a son in August of 1966. Though she took a couple of months off, during 1966-1967 she recorded and released more hits, all of which were delivered in television variety show appearances, including "Dis Moi, Que Tu M'aimes" (where she was accompanied by a group of male dancers) and "Le Jour Qui Vient" in early 1968; both hit number one in France, as did "2'35 de Bonheur" and "Comme Un Garçon." These tracks all registered chart success in Italy, Belgium, Japan, and Korea as well. In April, Vartan sustained serious injuries from an automobile accident, but she recovered quickly and was back in the studio and on television, as well as at the L'Olympia by December. The following year, Vartan delivered nine Saturday night appearances on Italy's national television station, which aided her single "Zum Zum Zum" in becoming a hit. She toured the globe in the aftermath and returned to Italy for more shows, including a television special. Her sophisticated, proto-Las Vegas stage show gained press notice across Europe for her numerous costume changes and dance routines. In 1970, she was involved in a second serious car accident, this time with Hallyday. He was unharmed, but Vartan was seriously injured. Extensive plastic surgery on her face was required. She convalesced in New York, where she met Jojo Smith, Barbra Streisand's choreographer, who masterminded her future American-style review shows. Nonetheless, by year's end she was back. She performed at L'Olympia and did a tour of Japan the following spring where she was warmly received for recording three songs in Japanese. She returned to the cinema, acting in director Harry Kumel's Malpertuis by; the film also featured Orson Welles in its cast.

With her American-style stage show -- complete with a large chorus of backing singers -- at L’Olympia in December of 1972, she offered audiences more rock-based material, but did cover Jacques Brel's "Ne Me Quitte Pas" and "Mon Père," the last offered as a tribute to her father, who died in 1970. In 1973, she cut her first duet with her husband. The single "J’ai un Problème" quickly attained gold certification. The pair toured that summer before Vartan undertook another Japanese tour, which resulted in an acclaimed, best-selling double-live album. From March to May of 1975, she appeared on Italian TV in the eight-episode series Punto e Basta and followed it with a summer tour with Jean-Jacques Debout that culminated in a concert with Hallyday in Narbonne. In October she planned a series of performances at the Palais de Congrès in Paris, a larger venue than she was used to in France; she hired the American choreographer Walter Painter to coach her army of dancers. The most vampish of French singers in elaborate costumes triumphed in those concerts and shows, and resulted in an ensuing tour. Following these activities, Vartan took a sabbatical to the U.S. with her son. She returned to the Palais de Congrès for a new show in 1977, Qu’est-ce Qui Fait Pleurer Les Blondes?, after her 1976 album of the same name. Her concerts added more dazzling touches to her singing. 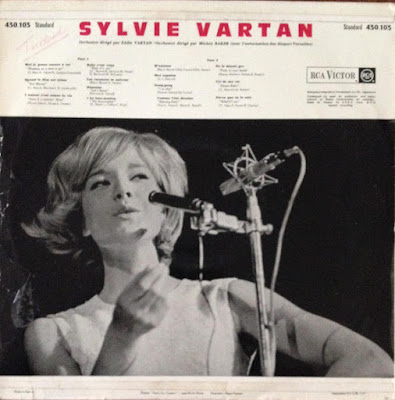