The Attack - Magic In The Air 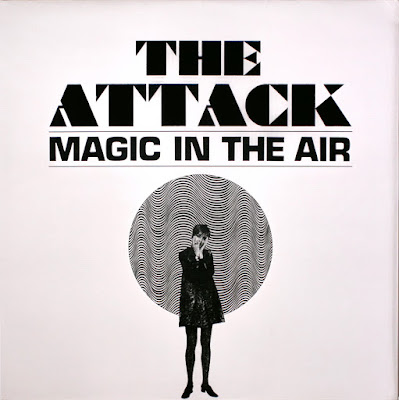 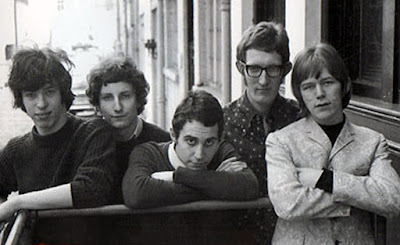 The Attack (thanks to an ever growing legion of collectors dedicated to the vibrant sound of mid- to late-'60s Swinging London) have a far larger fan base now than they ever did during their existence. Indeed their unique brand of guitar-heavy, mod-rock qualifies them as one of the finest examples of (the over used term) freakbeat. Hence over the last 15 years there has been an abundance of vinyl bootlegs and inclusions on such psychedelic/freakbeat compilations as Rubble! The founders Richard Shirman (the only original member to stay with the group throughout all of the lineup changes) and Gerry Henderson were originally in a group called the Soul System, whom, for the best part of a year, had a very unstable lineup. In early 1966, the remnants of the crumbling group were joined by Bob Hodges on organ, David John (not David John of David John & the Mood, but Davy O'List under alter ego) on guitar, and Alan Whitehead (on loan from Marmalade) on drums. They soon came to the attention of entrepreneur (gangster?) Don Arden, who then signed them to Decca and changed their name to the Attack. Their debut single released in January 1967 was an extremely anglicized cover of "Try It," an American hit for both the Standells and Ohio Express, whose versions were exemplar of the sneering garage sound. However, the Attack's powerful vocals, pop art guitar, and the underbelly of a warm Hammond created a similar atmosphere to the Small Faces (also managed by Don Arden), the Birds, and the Creation. Shortly after the single was released, Davy O'List was handpicked by Andrew Loog Oldham to join the Nice (who were to act as the backup group for newly acquired American Soul singer P.P. Arnold) and quit the group in late February. Meanwhile, Shirman, a regular visitor to the London clubs had been keeping a watchful eye on a young guitarist he had seen jamming with Jimmy Page. Shortly thereafter John Du Cann (mainstay, and songwriter) was introduced into the group. As a follow-up to "Try It," a version of "Hi-Ho Silver Lining" was then released, but Jeff Beck got the hit first in Britain in 1967. The third 45, "Created By Clive"/"Colour of My Mind," backed a foppish sub-Kinks-style number with a fairly groovy mod-psych tune penned by DuCann. Kenny Harold (bass) and Geoff Richardson (guitar) left shortly after the disappointment of "Created By Clive," leaving John as the only guitarist. Jim Avery (who later went on to the revolutionary Third World War) was drafted in on bass, with Plug (whom later went on to Welsh acid rock outfit Man) still on drums. After yet even more disappointment surrounding the "Magic in the Air" single (Decca refused its release on the grounds of it being too heavy), Plug and Jim Avery left the ranks to be replaced by Roger Deane (bass) and Keith Hodge (drums). The final single, released in early 1968, was "Neville Thumbcatch," a fruity mod-pop tune with spoken narration, like a lesser counterpart to Cream's "Pressed Rat and Warthog." Decca's deal with the Attack expired after that single, with a projected fifth 45, "Freedom for You"/"Feel Like Flying," remaining unreleased. Both sides of that single, as well as seven Attack demos recorded around that time, are included on Angel Air's CD reissue of the rare 1968 album by the Five Day Week Straw People, a studio-only outfit that was led by DuCann. There is also a compilation of the Attack's post-Decca sides entitled Final Dayze, featuring these tracks and more unreleased material (also on Angel Air). Before Decca (who wanted to keep the Attack as a pop act) parted with the group over the continued heavy nature of their newer material, the group had already entered the studio and begun work on the Roman Gods of War album. Both the artwork and a number of songs were completed, but unfortunately the label recorded over the tapes and lost the photos after they dropped the group. DuCann became the dominant creative force in the group prior to their 1968 breakup, and the likes of the unreleased "Mr. Pinnodmy's Dilemma" and "Strange House" showed the group developing a heavier rock sound, although still maintaining a sense of British mod-psych whimsy. DuCann would continue to explore a heavier direction with his subsequent group Andromeda, and joined Atomic Rooster in the '70 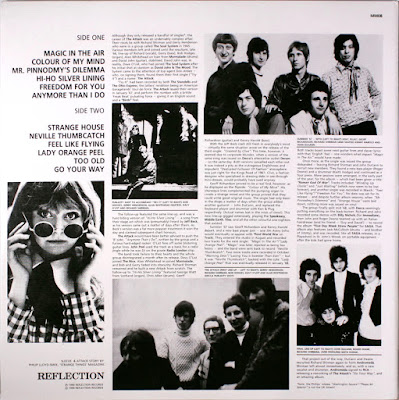 They were an incredibly hot property at the time, especially in the local London clubs, yet even with two future Nice stars, an Atomic Rooster-to-be, and a member of Marmalade in their various ranks, the Attack failed to breach the British chart. Long gone but far from forgotten, the mods-cum-psychedelic rockers finally get their due with this sumptuous compilation. Amazingly, between the time the Attack first entered the studio in 1966 and their final recordings together in 1968, they shifted their lineup four times. Thankfully, the sleeve notes provide some assistance untangling their convulsive history, with the aid of an interview with frontman Richard Shirman, who also annotates all 16 of the tracks within. The Attack released only four singles during their all-too-brief lifespan, and both sides of all their 45s are included here, joined by a pair of numbers recorded during a BBC radio session and a clutch of unreleased studio recordings. As the songs are not presented chronologically, About Time! has a rather mishmash feel, bouncing willy-nilly around the years and lineups. It's worth pointing out then that the quirky story-song "Neville Thumbcatch" was recorded eight months before Cream's equally eccentric "Pressed Rat and Warthog" hit the shops! The Attack's assault on the scene came from a variety of musical directions that included splashy mod, shiny pop, hefty blues, assaultive rock, and aggressive psychedelia. And perhaps this was a small part of their problem — every time one turned around, the band had a new look and another sound. Still, the talent within their ranks was phenomenal, and with their keen ear for covers, a splendid sense of melody, and their own talents with a pen, the Attack should have won the day. They didn't back then, but the war's not quite over yet.