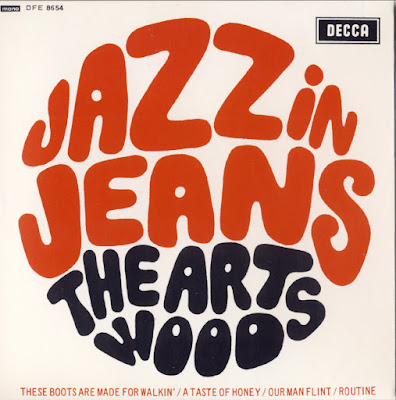 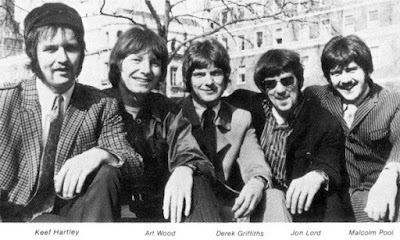 Art Wood, the older brother of Ron Wood, had been involved with the London blues scene almost from the beginning, as an original member of Blues Incorporated, the pioneering blues/R&B outfit founded by Alexis Korner and Cyril Davies. He was the backup rhythm singer in the band's early lineup, before the split between Davies and Korner (and prior to their recording their one and only album); he also had a group of his own that he fronted on the side, called the Art Woods Combo. They later became the Artwoods in 1963 and Jon Lord later joined along with guitarist Derek Griffiths, after their own earlier band, Red Bludd's Bluesicians, split up. The group's decision to turn professional in 1964 required a new drummer and Keef Hartley was recruited by way of an ad in Melody Maker magazine. For their bassist, they raided Malcolm Pool from the Roadrunners lineup. In the booming London music scene, getting a recording contract was relatively easy -- labels were signing everything in sight that could make a noise that sounded like music -- and they joined Decca Records' roster in 1964. 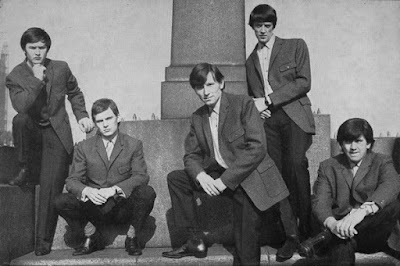 The Artwoods' early records are some of the most fondly remembered British R&B singles, rivals to the work of the Rolling Stones, the Yardbirds, or, ironically enough, the Birds, the outfit of which Art Wood's younger brother Ron Wood was a member. Their sound was as steeped in soul and funk as it was in blues, which set them apart from many of their rivals. What's more, they were good at it, with a natural feel for the music and even capable of writing decent originals, which graced the B-sides of their singles. And they had a virtuoso lineup: Jon Lord's piano and organ sound was a great complement to Wood's singing, Derek Griffiths' guitar work was tastefully flashy, and Keef Hartley was animated as well as powerful, with a bigger sound on the drums than, say, Jim McCarty of the Yardbirds. All of these attributes made the Artwoods a top stage attraction. Club audiences always knew they were good for a great show and the band loved playing live. Ultimately, in fact, the group's success in touring and their love of playing live may have hurt them. They had no problem playing hundreds of gigs a year at venues like Klooks Kleek in Hampstead and dozens of lesser clubs for the sheer enjoyment of it, but they earned relatively little money doing it.

At the same time, their singles never seemed to connect, despite appearances on programs like Ready, Steady, Go! and other television venues promoting them. Their failure as a recording outfit is inexplicable upon hearing the singles -- they weren't strong songwriters, to be sure, but when covering American-style R&B, their records were soulful, funky, and played not only well but inventively; close your eyes and it seems like they were the U.K. answer to Booker T. & the MG's. And the vocals -- if not as charismatic as what Eric Burdon, Mick Jagger, or Paul Jones were doing with their respective bands -- were attractive and memorable and sounded authentically American. And, in contrast to a lot of other British bands of that period, they did manage to capture something of their live sound on those records, which made them very potent. In fairness, Decca even allowed them to cut a complete LP despite their lack of chart success, but the quintet never broke through. Like the Action, another U.K. R&B outfit that made great records that never got heard, the Artwoods never did more than amaze audiences one club at a time and leave behind some great music to be found by pop culture archivists. 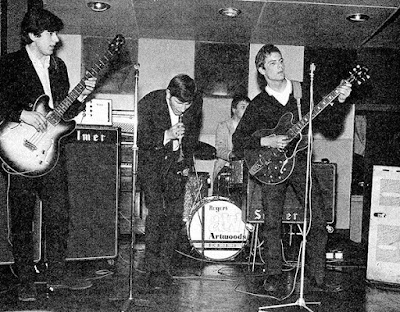 A series of label switches in 1967 to Parlophone and then Fontana gave them some furtive success on the continent (in Denmark, of all places) and after four years of hard work, the Artwoods called it quits after a brief foray under the name the St. Valentine's Day Massacre. Keef Hartley was the first to go, heading to John Mayall's band (Macolm Pool followed his lead) and then into his own group, while Jon Lord, who had dabbled in studio outfits like Santa Barbara Machinehead, took up an offer from ex-Searcher Chris Curtis to join a group called Roundabout, which evolved into Deep Purple. Art Wood himself never left music, despite the disappointment inherent in the Artwoods. Like such older contemporaries as Alexis Korner, he made the occasional recording and was one of the members of the revived Downliners Sect during the 1980s and 1990s. 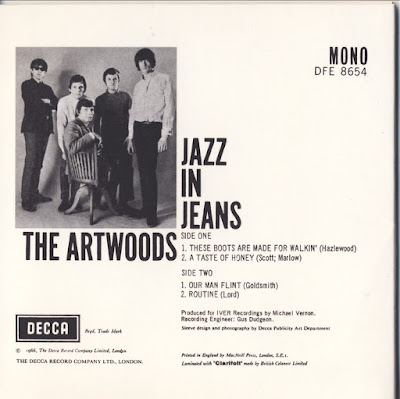 This four-song British EP was a coveted '60s British rock collectible, not so much for the music (which is just OK) as for its rarity. Although the title might lead one to expect a jazzier bent than was evident on the Artwoods' other recordings (which sometimes did have a jazzy tinge, particularly in the keyboards), it's just an assortment of four covers, none particularly good except for "Our Man Flint," which is a sizzling jazz-blues organ instrumental. Aside from that, there's a pretty meaningless version of "These Boots Are Made for Walkin'," a fair jazzy instrumental treatment of "A Taste of Honey," and a dull Jon Lord R&B/rock original with the unfortunately accurate title "Routine." 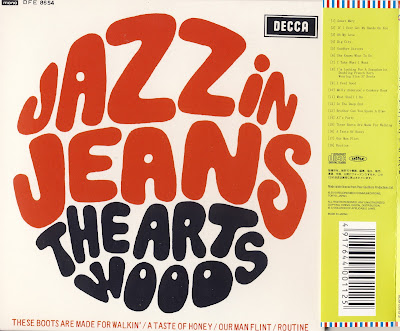