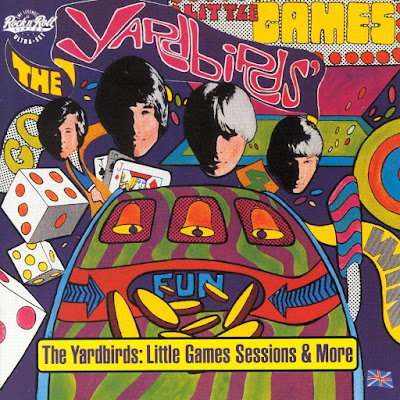 This two-CD set assembles the complete Little Games album and all of the usable rehearsals, unmixed backing tracks, and alternate takes associated with it in one place, along with a few Yardbirds-related holdings in the EMI vaults. For a variety of reasons (not all the fault of the band), Little Games was the Yardbirds' least successful album, but it was also their only full-length studio recording featuring guitarist Jimmy Page, who seems to have hung back here in exerting his musical inclinations, in keeping with the desires of producer Mickie Most's quest for a pop/rock tone to the album. The odd B-sides, outtakes, alternate takes, and bonus tracks reveal a high level of virtuosity that Most failed to exploit -- the unanthologized B-sides "Puzzles" and "Think About It," the acoustic version of "White Summer," and the punchier mono mixes of "Little Games" and "Drinking Muddy Water" are superior to much on the finished album; other tracks like the instrumental backing track for "Tinker, Tailor, Soldier, Sailor" and an alternate version of "Glimpses" merely fill in holes for Page completists. Keith Relf and Jim McCarty's post-Yardbirds acoustic duo, Together, which evolved into the original Renaissance, is also represented on three tracks, doing the brand of folkish soft rock that they favored, even as Page had moved on to setting the rock music world on fire with Led Zeppelin. Fans of the Yardbirds, and anyone who could appreciate the original album, will prefer this pricier alternative for the bonus tracks, Led Zeppelin fans will love large parts of this set, and British psychedelic enthusiasts will consider it essential. 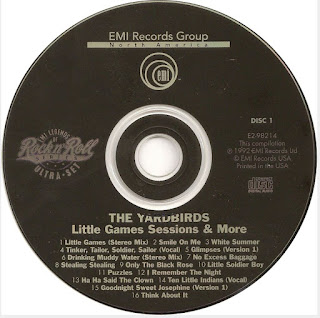 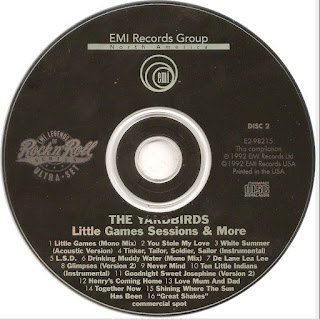 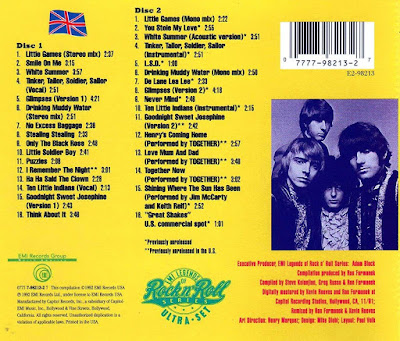