Freddie & the Dreamers' second U.K. LP, in the British Invasion tradition, was not issued as-was in the U.S., its tracks subsequently scattered across numerous American releases. Nor did it feature any hit singles; though at a glance you might think the album's title is "You Were Made for Me," one of their biggest hits on both sides of the Atlantic, it's actually "You Were Mad for Me," and doesn't include the actual track called "You Were Made for Me." Nor does it contain any original material, instead being split between oldies covers and efforts by writers from the British equivalent of Tin Pan Alley and the Brill Building like Peter Stirling, Geoff Stephens, John Carter, and Ken Lewis. Now, while no one would make great claims for Freddie & the Dreamers as top talents of the British Invasion, they did make some fun tracks, especially on their singles. But even in the context of their modest achievements, this disc amounts to something like an entire LP of filler, none of the songs measuring up to their best. The oldies covers are uniformly mediocre, and though the recently penned compositions by other British songwriters included a couple that other U.K. groups had made into hits into early 1964 ("I Think of You" and "Tell Me When," popularized by the Merseybeats and the Applejacks respectively), they're emblematic of the British Invasion at its most lightweight and sappy. You do have the novelty of a lead vocal by someone other than Freddie Garrity when bassist Pete Birrell takes over for "Cut Across Shorty." But really, this LP isn't worth trifling with by any but the most completist of British Invasion collectors. 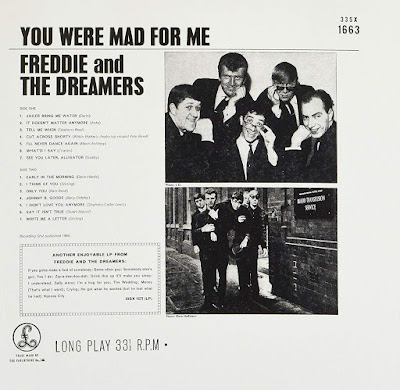 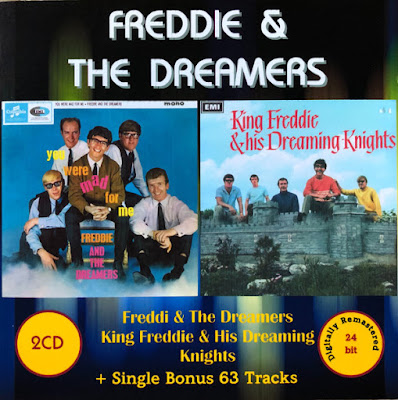