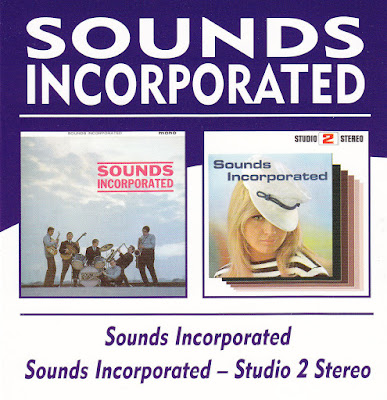 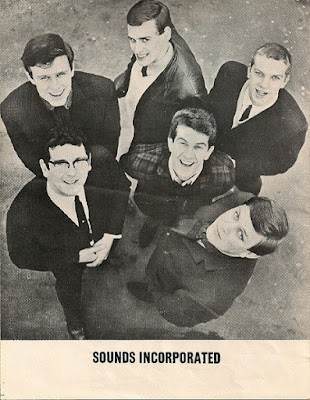 Sounds Incorporated were a saxophone-led instrumental style sextet, from Dartford, Kent, England. The group formed in 1961 and had their first taste of success backing Gene Vincent for his UK tour as a replacement for The Blue Caps who had been denied British work permits. They initially released a single "Mogambo" on the Parlophone label and later produced three singles on Decca, the last of which "Keep Movin'" was produced by Joe Meek. The group had already made use of the unique sound of an electronic 'Clavioline' keyboard before this recording and it was an instrument also adopted by another Meek-produced group, The Tornados.

Whilst performing in Hamburg in 1963 Sounds Incorporated gained the attention of The Beatles and were subsequently signed to NEMS by Brian Epstein. The group toured with The Beatles as the opening act, including the famous Shea Stadium concert in New York. Sounds Incorporated began releasing singles on the Columbia label, gaining moderate success in the UK charts. Their third single "William Tell" reached #2 in the Australian charts in 1964, the same year that the band released their first eponymous album and became a regular backing group for Cilla Black. Another album followed, also titled "Sounds Incorporated", on EMI's Studio 2 label in 1966.

Sounds Incorporated had shortened their name to "Sounds Inc" by 1967 and Cameron, Holmes and West also featured as the saxophone section on the track "Good Morning Good Morning" for The Beatles' album "Sgt. Pepper's Lonely Hearts Club Band". The group then left EMI and recorded the single "How Do You Feel", featuring vocals for the first time, on the Polydor label. Sounds Incorporated began to disintegrate when Newman departed, performing at one point with the Jeff Beck Group, and with Cameron leaving to follow a career in A&R. The group moved to Australia where their popularity was stronger but, after the release of a further LP, Sounds Incorporated finally broke up in 1971. 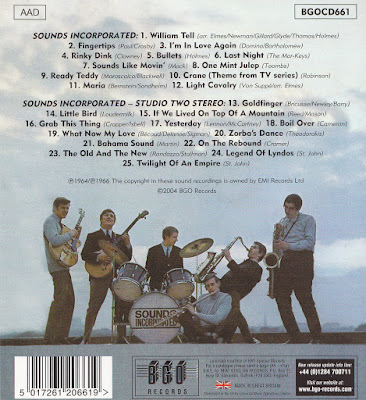