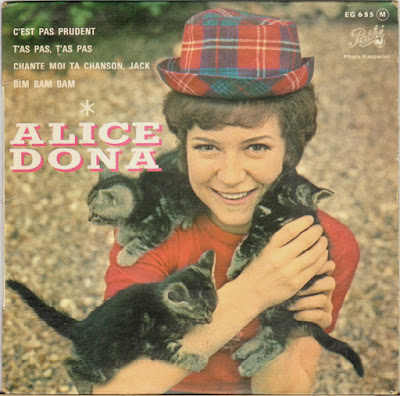 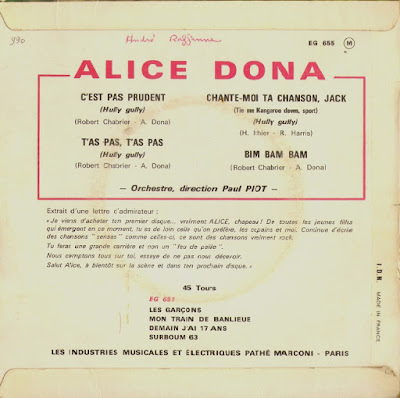 Alice Donadel, stagename Alice Dona (Maisons-Alfort, 17 February 1946) is a French singer and songwriter. Born to an Italian father from Veneto and a French mother, both musicians.

As a singer she recorded 11 singles from 1963 to 1965 among them "Demain, j'ai dix-sept ans", "Surboum 63", "Mon train de banlieue", and "Avec Toi", co-written with Jacques Demarny, her entry for the Rose de France song competition in 1966. After starting a family she then turned more to songwriting and provided a series of hits for other French singers during the 1970s.