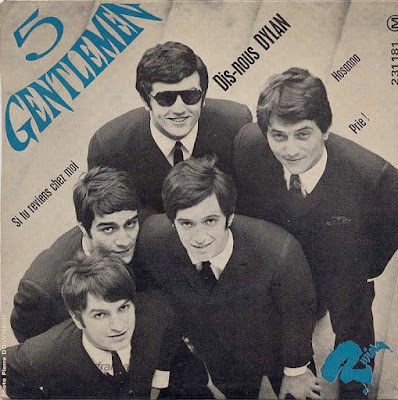 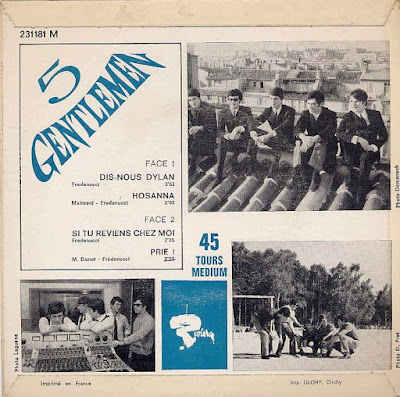 Here is The First One To Start Off. French freakbeat - mod band formed in Marseilles as Les Ambitieux, they released their first single Danse Danse, Encore with this name on Columbia in 1965. In 1966, They changed their name in Les 5 Gentlemen. They also used a different name: Darwin's Theory with English singing for the British or the German market.
From 1966 to 1968, they released 5 EPs for Riviera.
The line up was: Jean Fredenucci (Vocals, Bass), François Paoli (Guitar), Claude Olmos (Guitar), Guy Matteoni (Organ, Piano, Vocals) and Michel Donat (Drums).