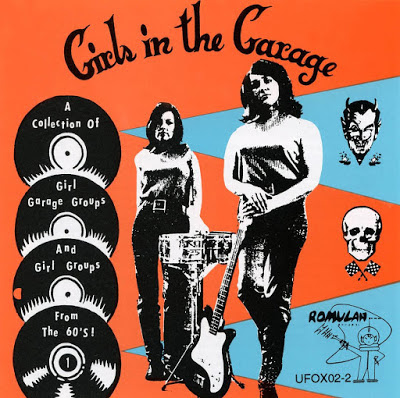 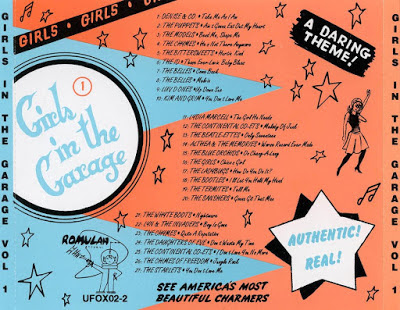 It was the logical extension of two of the most important and enduring pop music tributaries of the 1960s -- the girl group sound and the garage band explosion, respectively -- but the distaff garage rock scene has earned precious little documentation on record or in history books over the years. Romulan's long-running Girls in the Garage series has done much to rectify that oversight, however, compiling an astounding amount of prime crunch -- the first CD volume in the series is also its strongest, adding 11 tracks to the 16 that made up the original vinyl.
Like all garage collections, there are equal amounts killer and filler, and the joy of discovery is alone worth the price of admission -- Denise & Co.'s "Boy, What Will You Do Then," the Belles' "Come Back," and Lydia Marcelle's "The Girl He Needs" are top-shelf by any standard, however, and the Continental Co-Ets' blistering instrumental "Melody of Junk" dismisses once and for all any lingering misconceptions that the girls couldn't rock as hard as the boys.(allmusic)
That girls as hard, good, fast, or whatever can rock, should have gotten around to the far corners of Middle-earth by now.
There are 27 tracks on the CD that prove just that: Girls rock just as well and sometimes better than the boys.
The CD Vol.1 consists of the tracks 1 to 7, 9 to 14 from the ''Girls in the Garage'' LP and the tracks 15 to 27 from ''Girls in the Garage Vol.2'' LP. Track 8 is the only ''CD only'' track here. This is just for information, so that there is no confusion with the LP releases.
You will get here fine Garage rock with often pop shades in the songs. The Chymes, for example, could go through as an early version of the Bangles. The Daughters of Eve plays fine early jangle Power Pop. This collection is highly recommended. (Frank)
Ty to Original Uploader.

tags Girls in the Garage