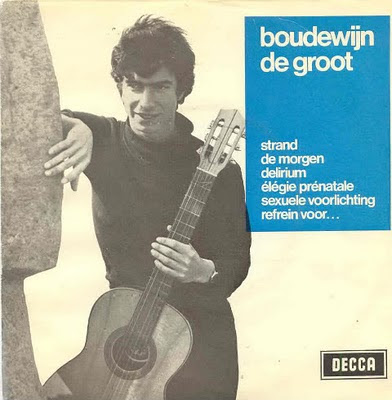 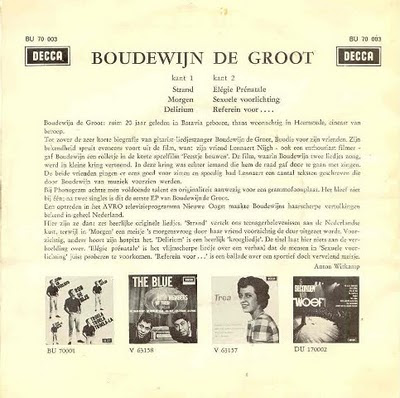 The EP Boudewijn de Groot from 1964 was the first sound carrier of Boudewijn de Groot with more than two songs. The EP contained the music and lyrics of the first three singles of this artist: Strand / Referein for ..., Élégie prénatale / Sexual education and Morgen / Delirium, although the latter is unclear whether it was actually released. Were possible tomorrow and Delirium so at the release of this EP to hear it first.

All songs are from the combination Boudewijn de Groot (music) and Lennaert Nijgh (text).

The EP was added to the CD as six bonus tracks in 1998 when the album Boudewijn de Groot was re- released in 1966 .