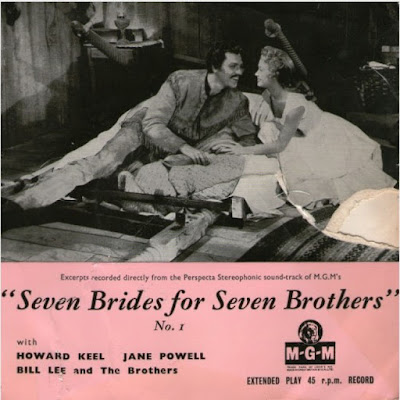 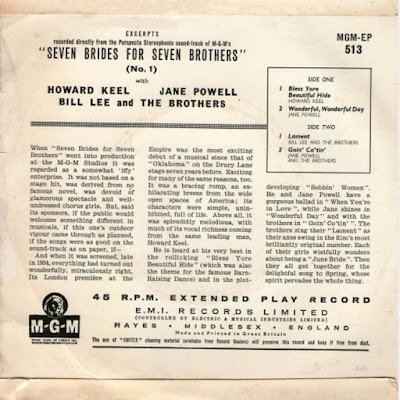 Seven Brides for Seven Brothers is a 1954 American musical film, photographed in Ansco Color in the CinemaScope format. The film was directed by Stanley Donen, with music by Saul Chaplin and Gene de Paul, lyrics by Johnny Mercer, and choreography by Michael Kidd. The screenplay, by Albert Hackett, Frances Goodrich, and Dorothy Kingsley, is based on the short story "The Sobbin' Women", by Stephen Vincent Benét, which was based in turn on the Ancient Roman legend of The Rape of the Sabine Women. Seven Brides for Seven Brothers, which is set in Oregon in 1850, is particularly known for Kidd's unusual choreography, which makes dance numbers out of such mundane frontier pursuits as chopping wood and raising a barn. Film critic Stephanie Zacharek has called the barn-raising sequence in Seven Brides "one of the most rousing dance numbers ever put on screen."