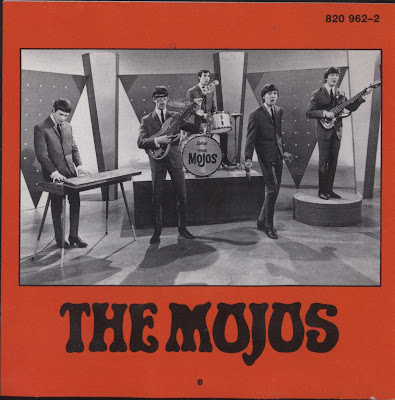 Originally called The Nomads, they recorded a track for the ‘This Is Mersey Beat’ LP then discovered a London group had registered the name so changed it to The Mojos. In October 1963 Adrian Wilkinson left and was replaced by Nick Crouch, former Farons Flamingos guitarist. While appearing at the Star Club, Hamburg, they recorded what is now considered one of the classics of the ‘Mersey Sound’ , ‘Everythings Alright’ which entered the UK Top 10 charts. The next two releases were less distinguished and prompted Stu James to say, “We made our name in Liverpool as Blues specialists but were persuaded to do all sorts of lightweight pop stuff. After our initial success, we just stumbled on in a fairly aimless way. The acclaim we got was for our live performances which remained loud and raucous”. In December 1964 Stu James and Nick Crouch split from the others and formed Stu James & the Mojos bringing in Lewis Collins on Bass and Aynsley Dunbar on drums, this line-up continued till 1966 when Nick left the music business and Lewis Collins entered into a successful acting career appearing in the hit TV series ‘The Professionals’ 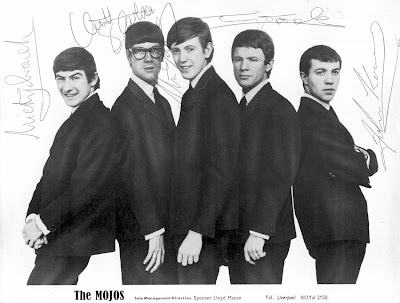