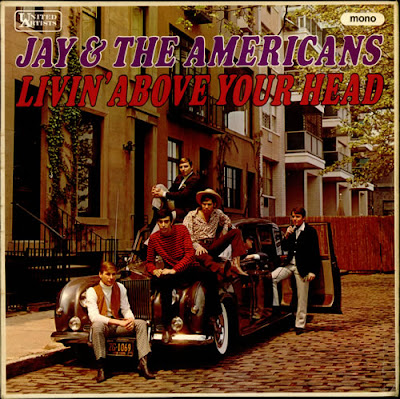 In the split, Jay Black kept the group name -- which, after a court settlement with Jay Traynor carved out a way for each to make a living through their status as one of the group's "Jays," he still uses -- and kept recording into the 1970s and beyond. Marty Sanders began writing songs (and enjoyed a recent hit, in collaboration with Joan Jett, on "Bad Reputation" from the movie Shrek) in addition to playing and recording, and Sandy Deane became a producer, while Kenny Vance became a recording artist in his own right. In the 1980s, an archival live album of concert recordings from the tail end of their history, augmented with some Jay Black solo sides and outtakes of both lineups, delighted fans and won the group some new admirers. In 1990, Come a Little Bit Closer: The Best of Jay & the Americans from EMI (successor company to United Artists) solidified their chart legacy in a coherent fashion. And BGO's reissues of their LPs on CD in the 21st century have resulted in there being more Jay & the Americans material in print at once than at virtually any time in history. 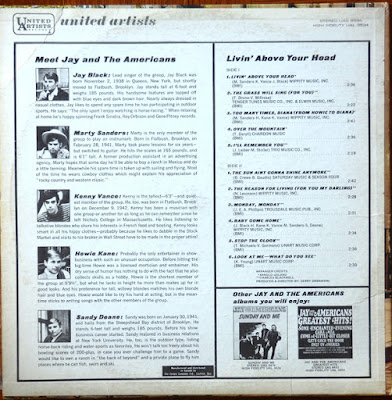 This was a surprisingly ambitious album for Jay & the Americans, featuring three strong originals among its 11 numbers, which included covers of such contemporary pop hits as "Monday, Monday" (done with astonishing depth by Jay Black) and their version of "The Sun Ain't Gonna Shine Anymore." This is very much a pop release more than a rock & roll album, with the orchestral arrangements dominating and a certain smoothness keeping the group from ever showing much of an edge. What they do display here is an urgency of expression and a perfection in the singing that make Livin' Above Your Head a delight to hear, even if it does seem like they are moving dangerously toward Lettermen/Sandpipers territory. Think of it as their Sgt. Pepper's and it works as a display of what Jay & the Americans could do removed from the need to perform what they were recording.