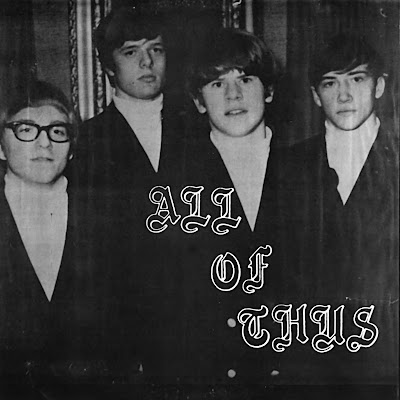 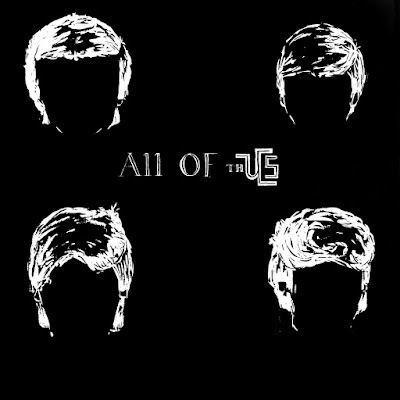 All Of Thus were a group of teenagers from the New York area who were still at school when their album was cut and pressed in a small quantity of only 200 copies making it a very rare and sought after disc. Rockadelic Records re-issued the album in 1993 .

The album is a must for garage fans with teen punk versions of 'Walk On By', 'Keep On Running', a unique treatment of 'Bells Of Rhymney' and group originals written by leader John Johnston.

One of the highlights is the pounding teen blast of 'It's Alright With Me' which absolutely slays the original by The Zombies. This barely controlled raver would have made a fantastic 45 with 'Bye Bye Baby' on the flip. All Of Thus never did release any singles and it's probably why they rarely get talked about. 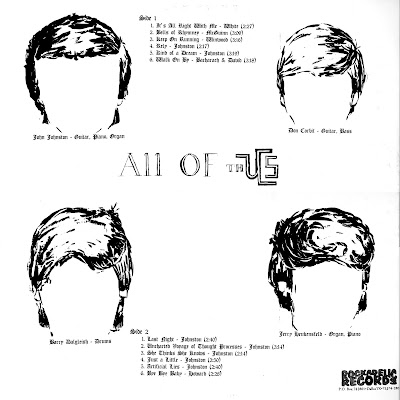 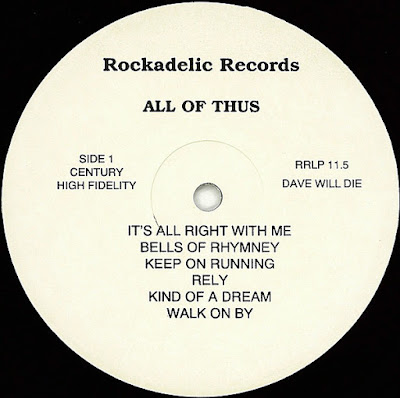 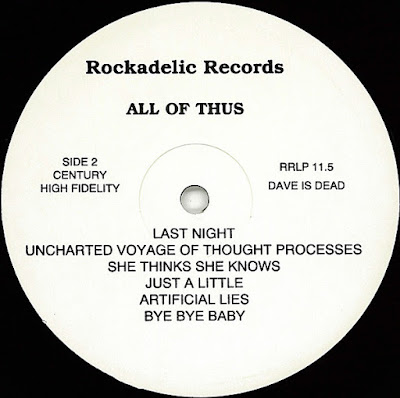