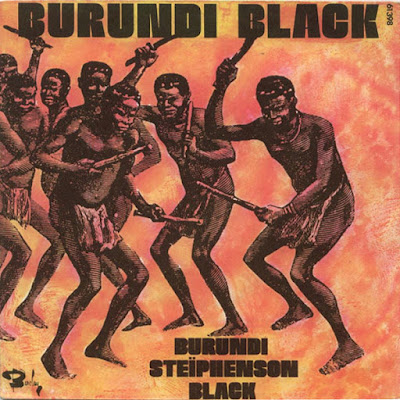 BURUNDI STEIPHENSON BLACK
"Originally recorded in the Burundi Region of Central Africa. There
are 25 Ingoma Drums involved in this sacred ceremony. The Ingoma
Drum is a special Instrument symbolising Power, and has been used
solely in the past at the Court of the King or in the big chiefdoms. The
privilege of playing these drums is handed down from father to son
and the sound of the drummers is considered by the inhabitants of
Burundi to be one of the most representative elements of the musical
traditions of the country. The remainder of the instruments have been
added by the arranger, Mike Steiphenson." 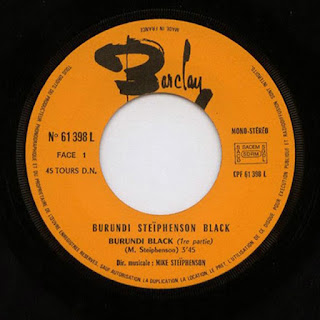 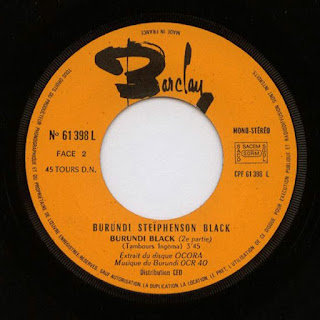 "Burundi Black" is a 1971 recording credited to Burundi Steiphenson Black. Released as a single, it made #31 on the UK Singles Chart.

The single was arranged and produced by French pianist, arranger and record producer Michel Bernholc (1941 – June 5, 2002). He was a classically trained pianist who had previously worked with pop musicians such as Michel Berger, France Gall, Françoise Hardy and Claude François. For the "Burundi Black" single, he used the pseudonym Mike Steïphenson.

The record sampled a recording of drumming by 25 members of the Ingoma people in Burundi. The recording was made in 1967 by anthropologists Michel Vuylsteke and Charles Duvelle, and was released on the album Musique du Burundi on the French Ocora label in 1968. Steiphenson overdubbed his own piano and guitar rock arrangement onto the recording.

In 1981, a new arrangement of "Burundi Black" was recorded by drummer Rusty Egan and French record producer Jean-Philippe Iliesco, and released in the UK and US where it became a dancefloor hit, described by music critic Robert Palmer as "glitzy pop-schlock, a throwaway with a beat". Palmer noted that, although Steiphenson had retained copyright over "Burundi Black", the Burundian musicians made no money from any of the recordings. 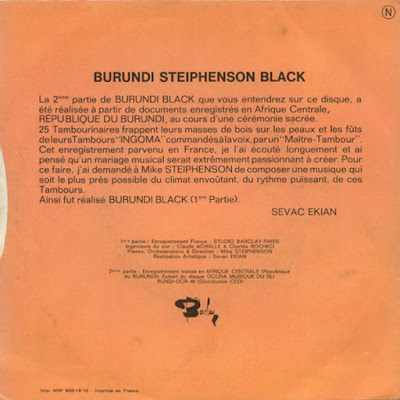