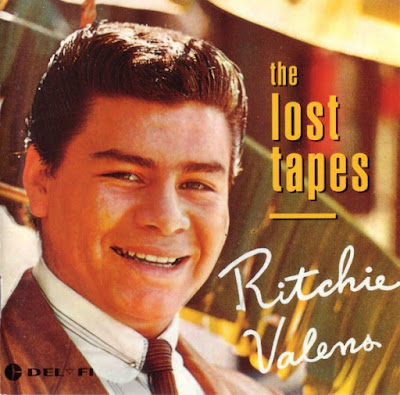 Ritchie Valens was a Mexican-American singer, songwriter and guitarist. A rock and roll pioneer and a forefather of the Chicano rock movement, Valens' recording career lasted only eight months. During this time, however, he scored several hits, most notably "La Bamba", which was originally a Mexican folk song that Valens transformed with a rock rhythm and beat that became a hit in 1958, making Valens a pioneer of the Spanish-speaking rock and roll movement.

On February 3, 1959, on what has become known as The Day the Music Died, Valens was killed in a small plane crash in Iowa, a tragedy that also claimed the lives of fellow musicians Buddy Holly and J.P. Richardson a/k/a the Big Bopper.

At the time, Valens had only recently established himself as one of the most promising young talents in rock & roll, just barely missing the top of the charts with "Donna," a number two hit, and pioneering a blend of rock and Latin music with the single's almost equally popular flip side, "La Bamba." Like many rock stars who died prematurely, it's difficult to assess his unrealized potential; he was only 17 at the time of his death, and had just barely begun to make records. Nevertheless, Valens' music has endured for decades.
----------

The first major release of Ritchie Valens demos reveals his creative process in fragmentary form, with multiple outtakes of songs like "La Bamba" and "Cry Cry Cry," among others. The sound is somewhat shaky at times (none of this material was intended to be heard in public) but the variations on familiar songs show Valens' evolution as a musician and composer, as well as the contribution of session players and arrangers like Rene Hall (who also played on Sam Cooke's "You Send Me") and Carol Kaye. 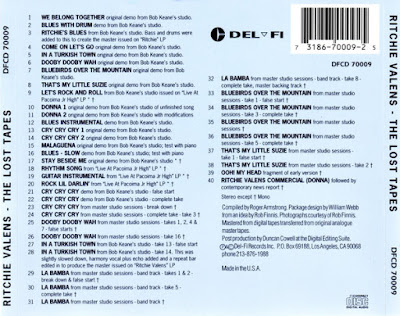