The Young Idea - With A Little Help From My Friends 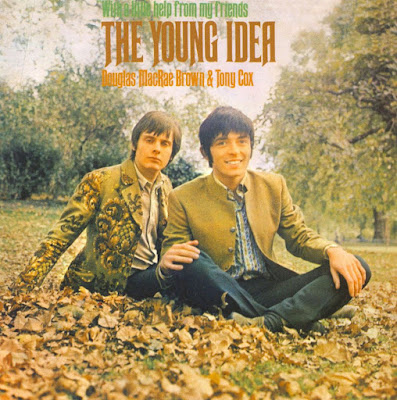 Originally released in 1968, With A Little Help From My Friends  is the debut studio album by the British pop duo known as the Young Idea. In addition to a fine cover of the Fab Four's title track, the English act, consisting of Tony Cox and Douglas MacRea-Brown, offers up other excellent orchestral-pop numbers making it a kindred spirit to the contemporary group Chad & Jeremy.

Digitally remastered and expanded reissue of the 1968 debut album from this British Pop act. The Young Idea was a vocal duo comprising Tony Cox and Douglas MacRea-Brown. To their credit, their records were afforded the big band, major label production style of the day but closer inspection reveals distinctly esoteric elements on skewed pop gems such as 'All The Colours Of Darkness' (later to lend its name to a volume of the influential Rubble compilations), 'Room With A View' and 'Just Look At The Rain', affording them comparison to contemporary orch-pop offerings from Nirvana, World Of Oz and Paul & Barry Ryan. 17 tracks. Rev-Ola. 2009. 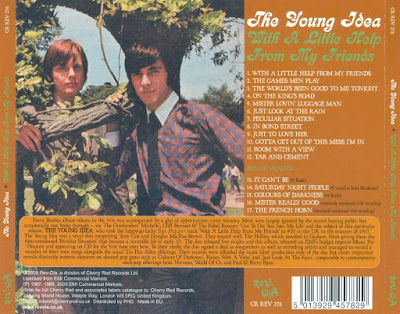