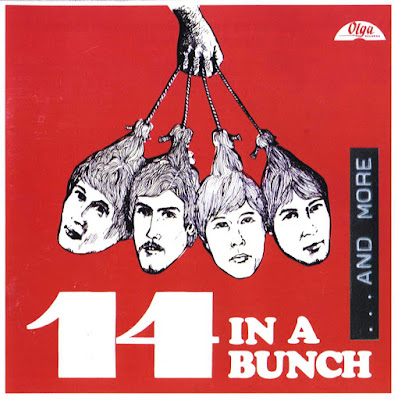 Since 14 did quite a bit of recording in the mid- to late '60s, it's a little surprising this Swedish group hasn't gotten much more attention from the Eurobeat-collecting scene outside of their native country. This 25-track disc is a very comprehensive anthology including everything from their 1965-1968 singles and 1966 LP, as well as three 1997 recordings penned by the group's most prominent songwriter, Olle Nilsson. 14 are virtually unrepresented on reissue compilations of 1960s Swedish and Continental rock geared toward the international market, but listening to this CD, the reason is apparent. First, most such compilations, for better or worse, are oriented toward the tougher and punkier of Swedish/Eurobeat '60s sounds; 14 were far more on the light Beatles-influenced side. More contentiously, 14 weren't that great, offering fairly basic harmony pop/rock that was on the most lightweight/folkiest side of the kind of rock the likes of the Beatles, Kinks, and Hollies were popularizing in the mid-'60s. Occasionally they rocked a little harder -- songs like "Suit-Men Crowd," for instance, shows an obvious influence from Revolver material like "Taxman" and "Dr. Robert." But overall, it's a little on the bland and milquetoast side, though pleasant and accomplished. The 1997 tracks are odd ducks after the '60s material that precedes it, sounding a lot more like '70s David Bowie.
More info in archive (PDF file) 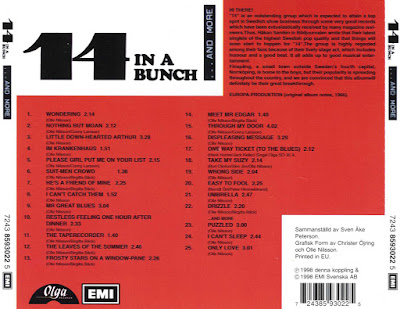