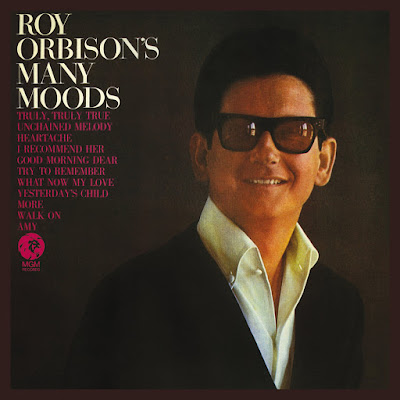 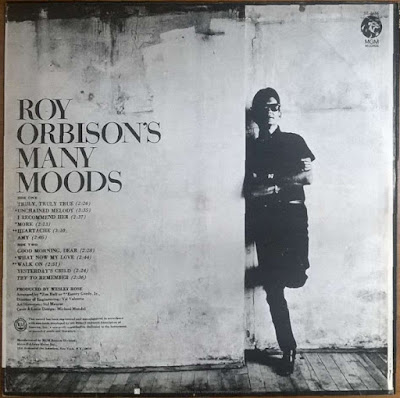 Roy Orbison's Many Moods, also known as The Many Moods of Roy Orbison, is the thirteenth album recorded by Roy Orbison, and his seventh for MGM Records, released in May 1969. It included two singles, both of which were minor hits in the UK; "Heartache", which just missed the Top Forty, stalling at #44, and "Walk On", which scraped into the same chart, stopping at #39. This album was only released in US.
This was the rock & roll legend's 1969 album, mostly made up of great showcases for his boldest ballad singing, including highlights such as "Unchained Melody," "More," "Heartache," and "Truly, Truly, True." The record appeared in the wake of the tragic fire that killed two of the singer's three children, and in that regard it's amazing that it holds up as well as it does. If there's a lack of driving rock - "I Recommend Her" is as close as it gets - it's more than made up for by the intense, almost operatic singing in which Orbison engages on most of the stuff here, with "What Now My Love" and its bolero-like buildup being the highlight, followed closely by "Walk On." And the closer, his rendition of "Try to Remember" from the off-Broadway musical The Fantasticks, has a lyricism and attendant appeal all its own. This album explains, for anyone needing a reason, Elvis Presley's comment that Orbison was the only singer with whom he didn't dare share a stage, so conscious was he of his former Sun Records labelmate's vocal prowess.