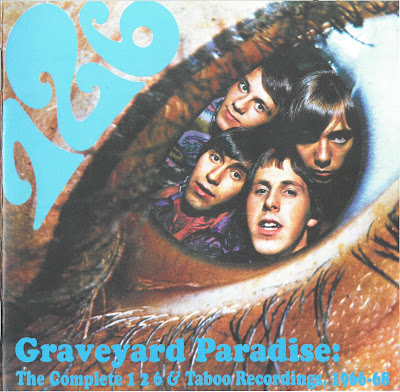 This Norwegian band first was influenced by the Shadows (1963) working under the name of the Blue Flames, then by The Beatles/Stones doing more vocal stuff renamed themselves to the Fighters, but then after focusing on an international career they changed name a last time to 1-2-6, with which some national popularity appeared quickly. By the time of their ‘Curtains Falling” LP (1968) also Dylan! was amongst other noticeable influences (on “Graveyard Paradise” : the singing, style of song, lyrics, or on “wake up, Johnny”). Several tracks are soft ballads on the edge of beat, sometimes hanging onto early to mid 60s mainstream pop, never the less in an acceptable charming way, without an overwhelming effect. Others, with more Beatles influences are mostly a little more strongly played tracks. “Curtains Falling” has a small orchestration.

28 tracks of which 3 alternative bonus tracks, and both singles from post-126 band Taboo, with extensive liner notes and rare photographs. 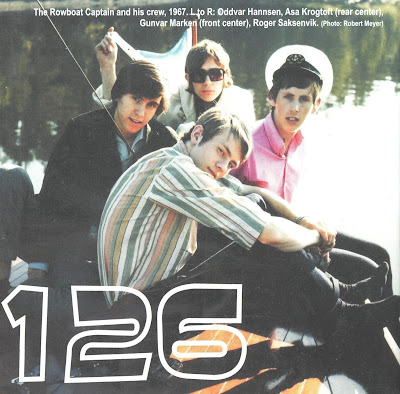 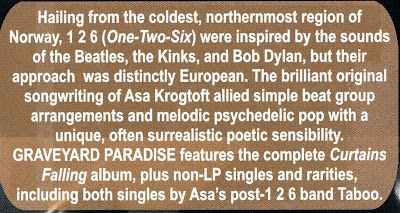 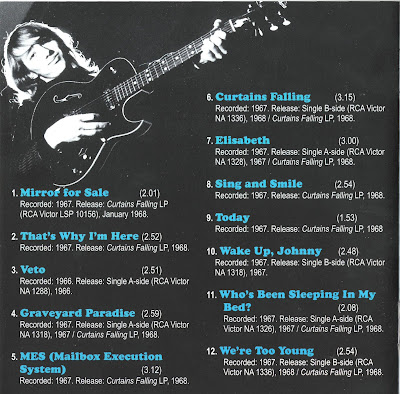 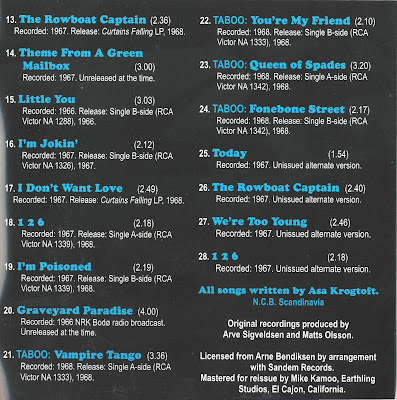