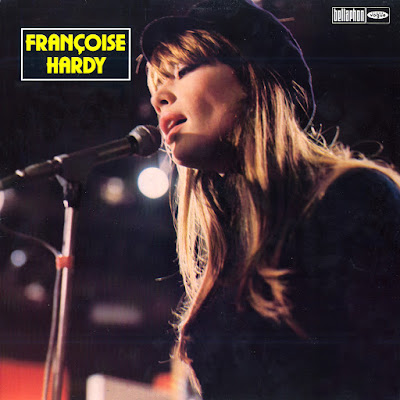 Usually thought of as a middle-of-the-road popular singer, Francoise Hardy -- at the beginning of her career, at least -- covered more stylistic ground and owed more debts to pop/rock than she's given credit for. Immensely popular in her native France, the chanteuse first displayed her breathy, measured vocals in the early and mid-'60s. Her (mostly self-penned) recordings from that era draw from French pop traditions, lightweight '50s teen idol rock, girl groups, and sultry jazz and blues -- sometimes in the same song. The material is perhaps too unreservedly sentimental for some (in the French tradition), but the songs are invariably catchy and the production, arrangements, and near-operatic backup harmonies excellent, at times almost Spector-esque. Fans of Marianne Faithfull's mid-'60s work can find something of a French equivalent here, though Hardy's material was stronger and her delivery more confident.

In the 1950s, Hardy was inspired by early rock recordings to pick up the guitar, and was already writing her own songs by the time she was a teenager. By the age of 17, she was already singing her own compositions in French clubs, and successfully auditioned for Vogue Records in France in late 1961. Her debut EP appeared the following year, inaugurating a series of successful EPs and albums that would last through the '60s. Hardy sang of young love with both fetching moodiness and unrestrained ebullience; although she often wrote both her music and lyrics, she co-wrote tunes with others as well. She was greatly aided by a number of talented arrangers who seemed to be attempting (usually successfully) to blend American and British production sophistication with a Continental European sensibility. Charles Blackwell was the most notable and effective of these figures; in 1964, interestingly, she recorded some tracks under the direction of the great American R&B guitarist Mickey Baker (yes, the same one who played on Mickey & Sylvia's "Love Is Strange"), who was then based in France.

Starting in 1964, Hardy made periodic attempts to capture the international market with English-language recordings. Although these weren't entirely unsuccessful ("All Over the World" was actually a British Top 20 hit in 1965), by the late '60s she was concentrating on more mainstream, middle-of-the-road material and arrangements on both her French and English sessions. She has remained popular in France and continued recording well into the 2000s, releasing such notable albums as 2006's Parentheses, a 12-track collection of duets with the likes of longtime collaborator Henri Salvador, Jacques Dutronc (Hardy's husband), Julio Iglesias, and relative newcomer Ben Christophers. 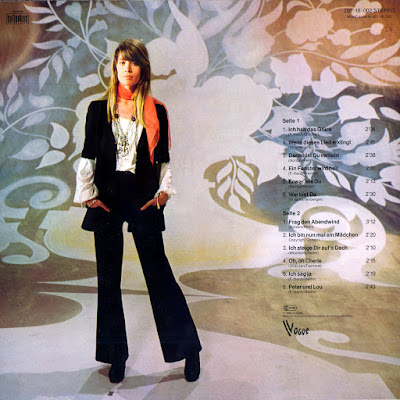