66' And All Those Hits (Festival) LP (AUSTRALIA) 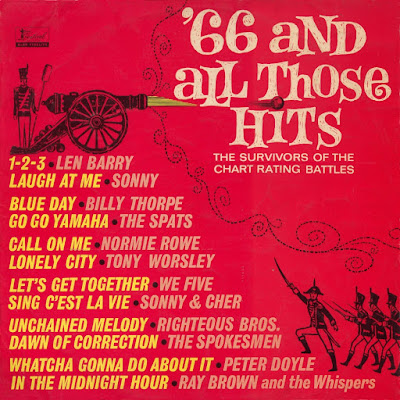 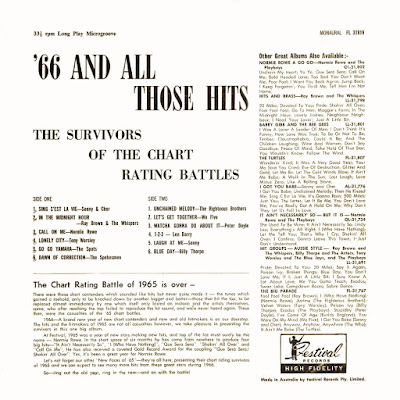 Festival was one of the major Australian record companies. After a few ownership changes in the 1950s, stable ownership occurred under Rupert Murdoch. Their first compilations were tie ins with the popular TCN 9 television show Bandstand. Festival pressed records for multiple labels, and had Australia's biggest stable of popular talent.

To get some sense of the scale of Festival you only need to look at the number of presses in operation. There were 26 of them producing about 900 records each day. That's around 6.5 million discs per year. This was when the population of Australia was around 12 million people. (ABS - 1966)