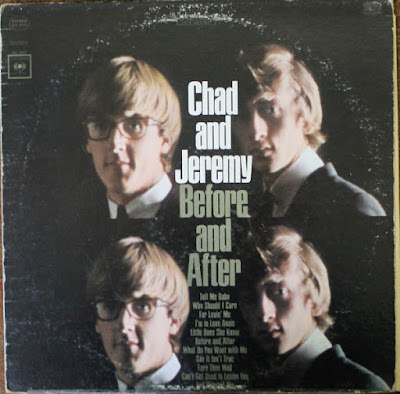 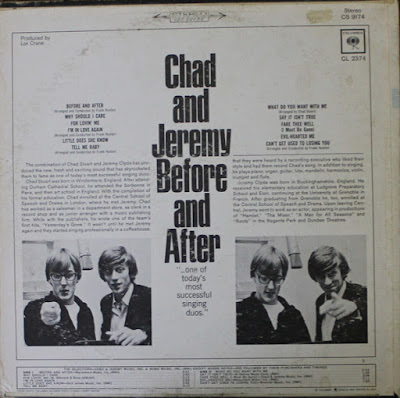 Before and After is the third studio album and first Columbia record by English duo Chad & Jeremy. It was released on May 25, 1965. Before and After was recorded in 1965. This album includes many sunshine pop, baroque pop and folk rock styled songs by the duo, including their final top 20 hit, "Before and After".

"The flip-flopping between folk music, ballads and rock 'n roll is still apparent here," Chad Stuart said. "I remember feeling frustrated because I wanted to arrange everything. Our producer, Lor Crane, ran a pretty tight ship, and he wasn't about to let that happen. To be fair, our touring commitments made it difficult anyway, so we surrendered to the system and went along for the ride." "Say It Isn't True" was originally written for Freddie and the Dreamers, and was included on their album You Were Mad for Me. Chad Stuart remarked that Jeremy Clyde really enjoyed doing "Evil-Hearted Me," but that he himself liked "Tell Me Baby."