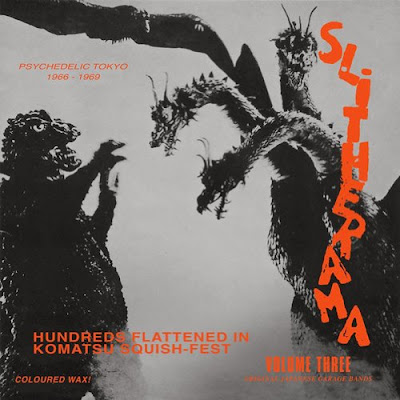 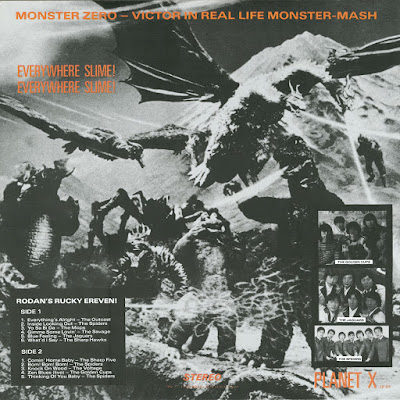 The third volume in Planet X Records' series of compilations gathering Japanese garage/psych nuggets, Slitherama, Vol. 3 is actually an improvement over Big Lizard Stomp, the sophomore effort, offering up plenty of great music and a few new faces to the series. While the list of bands on Big Lizard Stomp was a near repeat from those that appeared on Planet X's first "Teen Trash from Psychedelic Tokyo" offering, Monster A Go-Go, some of the high points on Slitherama come from bands who haven't made the cut before, most notably the Sharp Five, whose "Comin' Home Baby" shows off some truly dazzling guitar work, and the Voltage, whose take on "Knock on Wood" is solidly rocking while the vocals are truly inspired in their passionate sloppiness. Elsewhere, the manic bassline that dominates the Spiders' "Gimme Some Lovin'" makes the track sound like punk rock arriving a decade early (their cover of "Inside Looking Out" is similarly feral), the Sharp Hawks' mod-slanted take on "What'd I Say" gives them a close second in the "Bands with Sharp in their Name on this Album" sweepstakes, "Zen Blues" gives us a taste of what the Golden Cups sounded like on-stage (even if it doesn't need to go on for ten minutes, despite some fine soloing), and "Everything's All Right" by Outcast is a joyous explosion of clattering drums, fuzz guitars, cheap organs, and shouting. While the placement of Japanese monster movie themes feels more intrusive on this set (guys, that joke's a little old by now), Slitherama is one of the best efforts in Planet X's Japanese Garage series, and another choice offering for garage rock archivists.