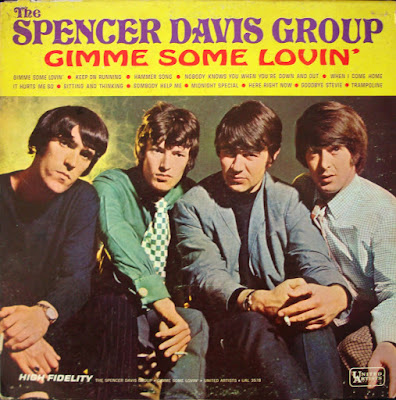 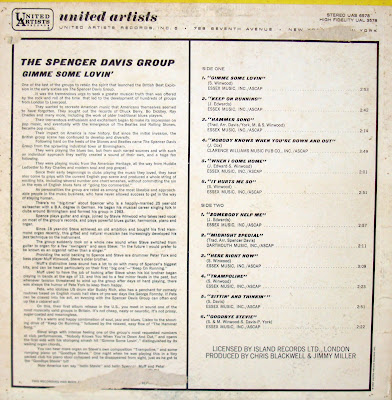 As recalled by bassist Muff Winwood, the song was conceived, arranged, and rehearsed in just half an hour. At the time, the group was under pressure to come up with another hit, following the relatively poor showing of their previous single, "When I Come Home", written by Jamaican-born musician Jackie Edwards, who had also penned their earlier number one hits, "Keep On Running" and "Somebody Help Me". The band auditioned and rejected other songs Edwards offered them, and they let the matter slide until, with a recording session looming, manager Chris Blackwell took them to London, put them in a rehearsal room at the Marquee Club, and ordered them to come up with a new song.

"We started to mess about with riffs, and it must have been eleven o'clock in the morning. We hadn't been there half an hour, and this idea just came. We thought, bloody hell, this sounds really good. We fitted it all together and by about twelve o'clock, we had the whole song. Steve had been singing 'Gimme, gimme some loving' - you know, just yelling anything, so we decided to call it that. We worked out the middle eight and then went to a cafe that's still on the corner down the road. Blackwell came to see how we were going on, to find our equipment set up and us not there, and he storms into the cafe, absolutely screaming, 'How can you do this?' he screams. Don't worry, we said. We were all really confident. We took him back, and said, how's this for half an hour's work, and we knocked off 'Gimme Some Lovin' and he couldn't believe it. We cut it the following day and everything about it worked. That very night we played a North London club and tried it out on the public. It went down a storm. We knew we had another No. 1."
In 1966, "Gimme Some Lovin'" reached number two in the UK and number seven in the US. The song is ranked number 247 on the Rolling Stone magazine's list of The 500 Greatest Songs of All Time.

The original UK version, which is the 'master' take of the song, differs in several respects from the version subsequently released in the US on the United Artists label, being slower, lacking the 'response' backing vocals in the chorus, some percussion, and the "live-sounding" ambience of the US single. These additional overdubs (which were performed by some of the future members of Traffic), and the 'tweaking' of the recording's speed to create a brighter sound, were the work of producer Jimmy Miller, who remixed the song for its US release. (The US version has more often been used on reissue CDs, even those coming from Europe.) The single features the sound of the Hammond B-3 organ.

In 1980, The Blues Brothers covered "Gimme Some Lovin'". The song is from the movie soundtrack The Blues Brothers. Their version reached number 18 on the U.S. Billboard Hot 100 and number 16 on Cash Box. On WLS-AM in Chicago, the song peaked at number three.