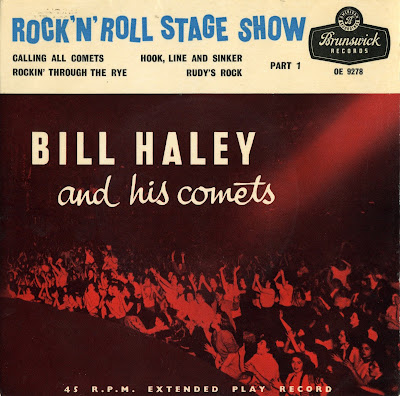 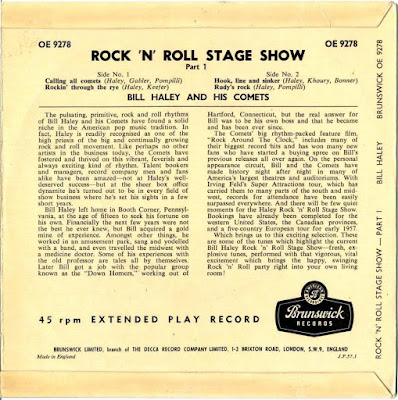 Rock 'n Roll Stage Show is the fourth album of rock and roll music by Bill Haley and His Comets. Released by Decca Records in August 1956 it was the group's first album to include new, as opposed to previously released material. And although the album spawned several singles, it also featured several album-only tracks.

Rock 'n Roll Stage Show moved away from focusing solely on Bill Haley as the main singer, and included several instrumental recordings, including "Rudy's Rock" featuring tenor saxophone player Rudy Pompilli, which was featured (in a different performance) in the motion picture Rock Around the Clock earlier in the year. Also given the spotlight is guitarist Franny Beecher on "Goofin' Around" and "Blue Comet Blues", accordion player Johnny Grande on "A Rockin' Little Tune", and steel guitar player Billy Williamson sings a solo vocal on a version of Big Joe Turner's "Hide and Seek". In addition, two songs - "Tonight's the Night" and "Hey Then, There Now" were trio vocals featuring Williamson, Beecher and bass player Al Rex. Haley himself is heard on only four tracks: "Rockin' Thru the Rye" (a rock and roll version of Robert Burns' poem, "Comin' Thro' the Rye"), "Hook, Line and Sinker", "Hot Dog Buddy Buddy", and "Choo Choo Ch'Boogie", a song co-written by the album's producer, Milt Gabler, who had success with it when he produced Louis Jordan a decade earlier.

Several songs from this album were performed or heard in the band's film, Don't Knock the Rock: "Calling All Comets", "Hook, Line and Sinker", "Hot Dog Buddy Buddy", and an alternate take of "Goofin' Around."

The album was reissued in the 1980s by Charly Records, but due to a mastering error, "Hook, Line and Sinker" contains noticeable sound distortion in that version.

This album should not be confused with Rock 'n' Roll Show, a live recording of Bill Haley & His Comets from April 1955 that was released in 1997 by Hydra Records. 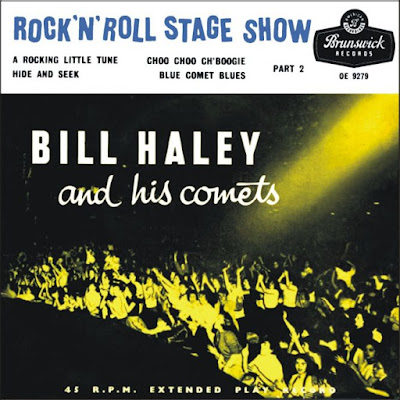 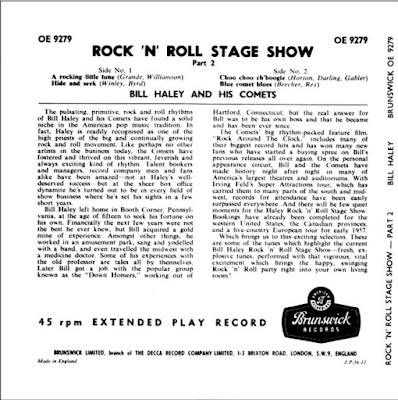 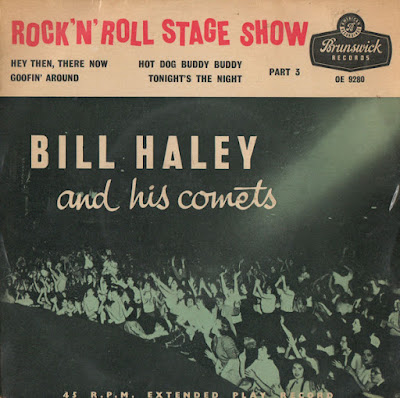 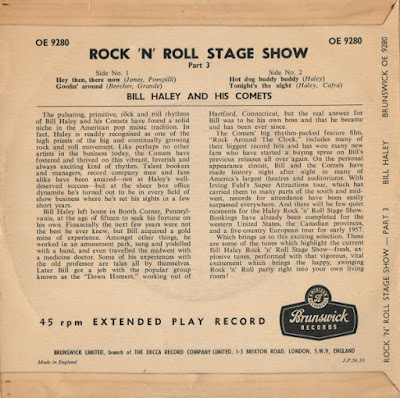 tags Bill Haley And The Comets