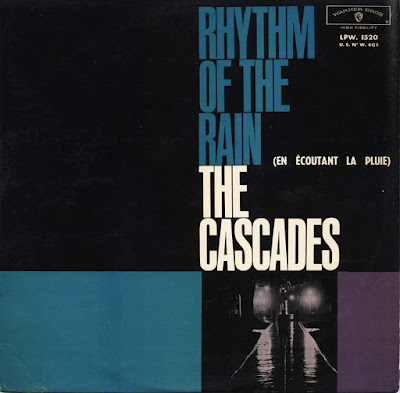 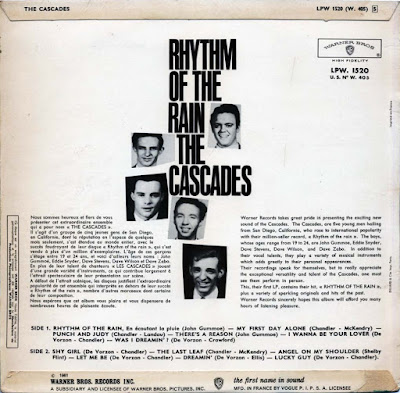 "Rhythm of the Rain" is a song performed by The Cascades, released in November 1962. It was written by Cascades band member John Claude Gummoe. On March 9, 1963, it rose to number 3 on the Billboard Hot 100, and spent two weeks at number 1 on Billboard's Easy Listening chart. Billboard ranked the record as the number 4 song of 1963.

In March, 1963, the song was a top 5 hit in the United Kingdom and, in May that same year, was a number 1 single in Ireland. In Canada, the song was on the CHUM Chart for a total of 12 weeks and reached number 1 in March 1963. In 1999 BMI listed the song as the 9th most performed song on radio/TV in the 20th century.

The Cascades' recording was used in the soundtrack of the 1979 film Quadrophenia, and included in its soundtrack album.

The song arrangement features distinctive use of a celesta.

The sound of rain and thunder are heard at the beginning and at the end of the song.

The lyrics are sung by a man whose lover has left him; the rain falling reminds him 'what a fool' he has been. He rhetorically asks the rain for answers, but ultimately he wishes it would 'go away' and let him cry alone.

According to the charts published by the U.S. magazine Billboard (in its "Hits of the World" section), the song "En écoutant la pluie" reached number one in France.