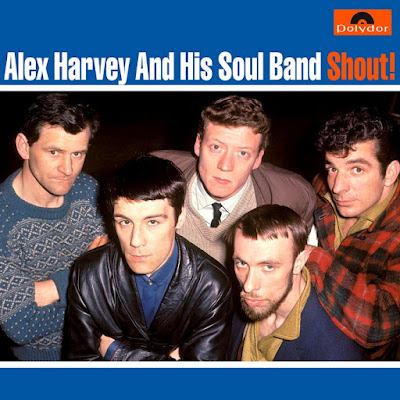 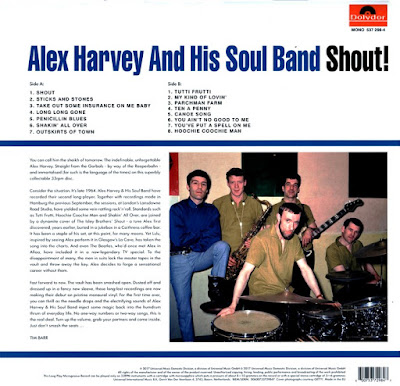 Originally Scheduled to be released in 1965. The Album was abandoned until it was recently discovered in Polydor Records Archive in Germany.

The long lost Second Album by Alex Harvey and the soul band.

Although the original "Soul Band" was from Scotland on most of the existing Polydor recordings they were replaced by King Size Taylor & The Dominoes from Liverpool as Alex Harvey's backing band. Recordings of the original "Alex Harvey & His Soul Band" can be heard on the Teenage A Go Go CD release.

Alex Harvey and His Soul Band is the debut album by Alex Harvey accompanied by his Soul Band. It was originally released in 1964 on vinyl, and was re-released on vinyl in Germany in 1985 or 1986. The 1999 release is a compilation of 20 unreleased songs of the Soul Band, including two songs recorded before the debut album. The album is available on CD.

Apparently the backing group on this recording - made at a Hamburg club, or simulated to sound like a show - doesn't feature the actual Soul Band, but musicians from the obscure Liverpool group Kingsize Taylor and the Dominoes.