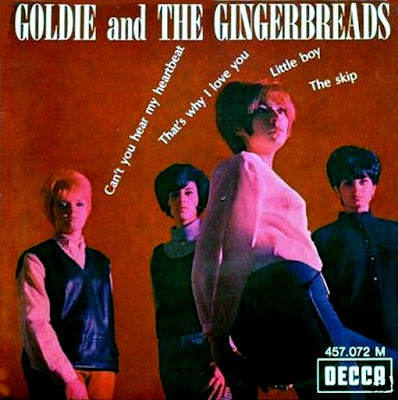 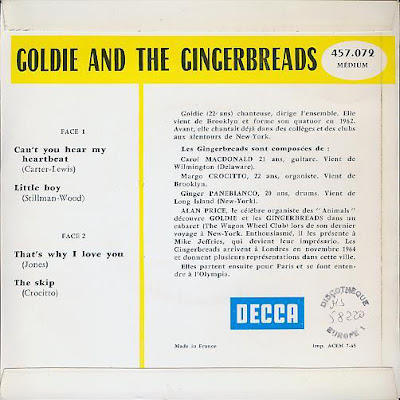 Goldie & the Gingerbreads were formed in 1962 by Ginger Bianco, Margo Lewis and Goldie Zelkowitz. After a 1962 tour with Chubby Checker they added guitarist/singer Carol MacDonald. They were the first all-female band to sign to a major label, first to Decca in 1963 and then Atlantic in 1964. Their single, "Can't You Hear My Heartbeat," reached #25 in the UK. They recorded seven other singles through 1967 before breaking up. Goldie Zelkowitz became later known as Genya Ravan and sang in Ten Wheel Drive and made several solo albums.

tags Goldie and The Gingerbreads