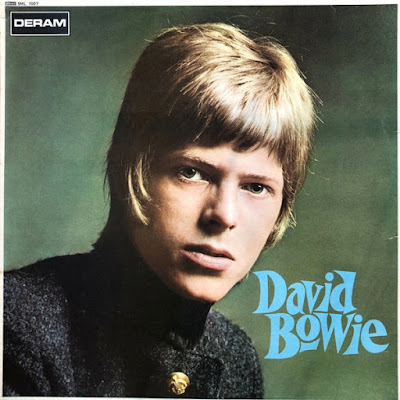 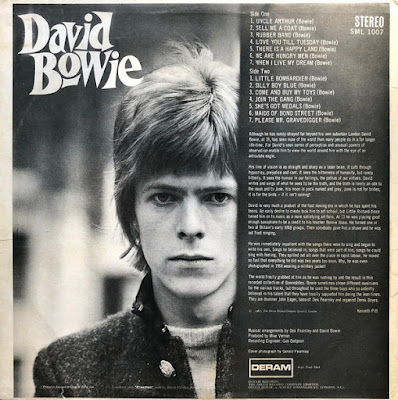 David Bowie's first ever LP -- the 1967 set that introduced the world to the likes of "Rubber Band" and "There Is a Happy Land" -- is an intriguing collection, as much in its own right as for the light it sheds on Bowie's future career. Nobody hearing "She's Got Medals," for instance, can fail to marvel at the sheer prescience displayed by a song about gender-bending. Even within Bowie's subsequent world of alligators, starmen, and astronettes, however, there are no parallels for the likes of "Please Mr. Gravedigger," with its storm-swept lament for a murdered little girl, or "Uncle Arthur," the archetypal mommy's boy, whose one stab at snapping the apron strings shatters when he realizes his new love cannot cook. There's also a frightening glimpse into future Bowie universes, served up by "We Are Hungry Men," a tale of a world in which food is so scarce that the people have resorted to cannibalism. Not all of the songs are such sharp observations of human frailties and failings, while the distinctly family-entertainment style arrangements make it clear that, whatever audience Bowie was aiming for, rock fans were not included among them. But songs like "Love You Till Tuesday" and "Maid of Bond Street" have a catchy irresistibility to them all the same, and though this material has been repackaged with such mind-numbing frequency as to seem all but irrelevant today, David Bowie still remains a remarkable piece of work. And it sounds less like anything else he's ever done than any subsequent record in his catalog.