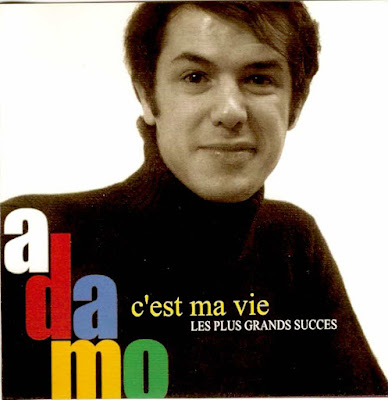 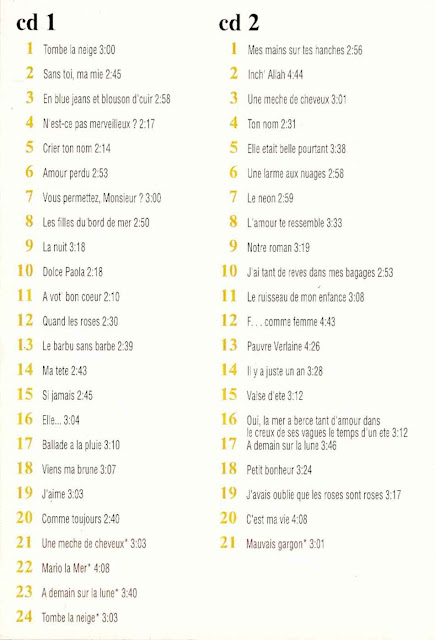 A passion for music and an emotion-tinged vocal quality has made Salvatore Adamo one of the most commercially successful singers in Europe and one of the most famous Italian immigrants living in Belgium. Since his debut album, Vous Permettez Monsieur, transformed him into an internationally recognized celebrity, Adamo has sold over 80 million copies of his albums worldwide. Adamo, who emigrated to Belgium with his parents at the age of three, was raised in Jemappes and later moved to Brussels. A bright student, Adamo was able to avoid the coal mining industry that lured many Italian immigrants to Belgium and concentrate on his academic and musical studies. Adamo's influences included the music of Victor Hugo, Jacques Prevert, and George Brassens, and the Italian canzoetta and tango. While he recorded a collection of songs from Napoli, Adamo has sung in his adopted language of French. In the mid-'60s, he reached his commercial peak, placing a number of songs at the top of the music charts including "Sans Toi Mamie" in 1963 and "Vous Permettez Monsieur," "Quand les Roses," and "Dolce Paola" in 1964. He released a string of live albums and compilations throughout the '60s and '70s, but his career trailed off in the '80s, his style being no longer fashionable.

RegardsAn adaptation of Adamo's composition, "Les Filles Du Bord de Mer," was recorded by Arno in 1993 and sparked a renewed interest in his work. That year, Adamo was made an honorary UNICEF ambassador and began to visit war-torn countries in this capacity. Almost certainly as a result, his 1998 comeback album, Regards, brought a sociopolitical edge to his music with songs commenting on racism and the civil war in Bosnia. In Belgium, the album was released with two songs -- "Laat Onze Kinderen Dromen (Let The Children Dream)" and "Il Zie Een Engel (I See An Angel)" -- sung in Dutch. After that, he continued to ride a wave of nostalgia-fueled success, eventually becoming at least as famous in the new millennium as he had been in his heyday. In 2001 he was knighted by King Albert II of Belgium for his services to the country's music industry. Adamo recorded several successful studio albums during the 2000s, including the obligatory duets album -- 2008's Le Bal des Gens Bien -- on which he re-recorded some of his biggest hits with a string of hot young artistes. He showed no signs of stopping as he moved into the early 2010s, with another new album, La Grande Roue, dropping in 2012.