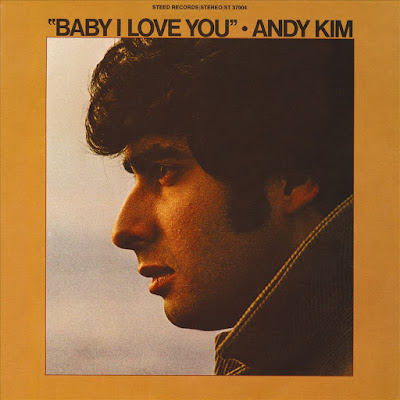 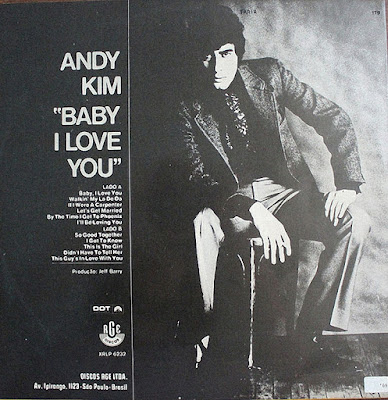 Andy Kim's third album Baby, I Love You is of a piece with his two previous records for Steed, his 1968 debut How'd We Ever Get This Way and its 1969 follow-up, Rainbow Ride. Where the latter cribbed heavily from the psychedelic sounds of the late '60s, Baby, I Love You took a different approach, leaning upon many of the middle-of-the-road sounds of the time, as well as several of the songs that were hip MOR crossover standards of the time: Tim Hardin's "If I Were a Carpenter," Jimmy Webb's "By the Time I Get to Phoenix" and Burt Bacharach's "This Guy's in Love with You." Clearly, there seems to be an effort to move Kim back into the mainstream -- a place he never left, but the Day-Glo colored Rainbow Ride failed to generate a Top 40 hit, and Baby, I Love You feels designed for Top 40 play in the best possible sense. It's crisply produced by Jeff Barry, who tones down the fuzztones and phasers of Rainbow Ride without sacrificing the scale or color of Kim's music, and it's a tight record. There may be five covers here, but they're not only well-chosen, they're executed with inspiration and imagination, particularly on the hit title song -- a lighter-than-air reinvention of the classic Phil Spector-produced single for the Ronettes -- and on "By the Time I Get to Phoenix," which boasted a dramatic, colorful coda. With the exception of "Walkin' My La De Da," which veers too close to cutesy, and the circular "I Got to Know," Barry and Kim's compositions -- all collaborations this time around, unlike its predecessor -- capture them at their bright, bubblegum best, particularly on the exuberant, propulsive "Didn't Have to Tell Her," the Spector-esque "So Good Together" and the cheerful "Let's Get Married." Those aforementioned pair of missteps -- which aren't complete missteps, just mildly awkward -- keep Baby, I Love You from being as consistently absorbing as his debut, and it lacks some of the period charm of Rainbow Ride, but it's yet another dynamic late-'60s pop that's quite addictive in its high spirits.