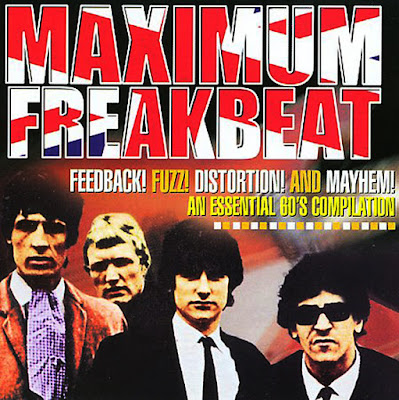 Feedback, fuzz, distortion, and mayhem -- that's what the cover of this 21-song compilation of mid-late-'60s British sides promises, and it delivers and then some. There's barely a word of information about any of the 21 acts included here, which range from relatively familiar names such as the Mark Four ("I'm Leaving"), the Mascots ("I Want to Live"), Wimple Winch ("Save My Soul"), Thor's Hammer ("I Don't Care"), and the Syndicats ("Crawdaddy Simone") to bands such as the Elois ("I'm a Man") and the Truth ("Hey Gyp [Dig the Slowness]"), about which precious little is known, and the release itself is a CD-R, which doesn't exactly stand as a recommendation. But the music is astonishing as well as astonishingly good -- all of it loud, mod-influenced, soul-based rock built on over-amplified guitars and drumming from the Keith Moon school of reckless abandon, slashing, pounding, and crunching their way through two or three minutes of mayhem masquerading as music -- actually, most of it is surprisingly successful musically, though hardly any of these acts lingered commercially for more than five minutes. Interspersed with the British acts are a handful of European groups that had ties to British labels, including the Mascots and Thor's Hammer (who sound a lot like the '60s American outfit the Litter), but it all flows together nicely, and despite the lack of annotation, there are some neat poster re-creations of the era, and the sound quality is amazingly good, with no obvious deficiencies despite the obscurity of the material and the obvious fact that this isn't an official release. 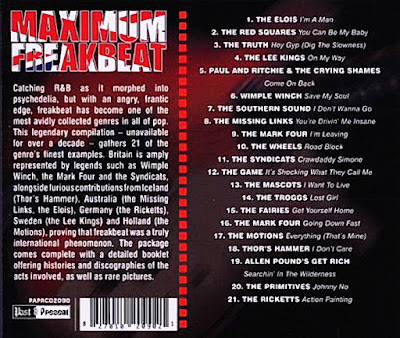