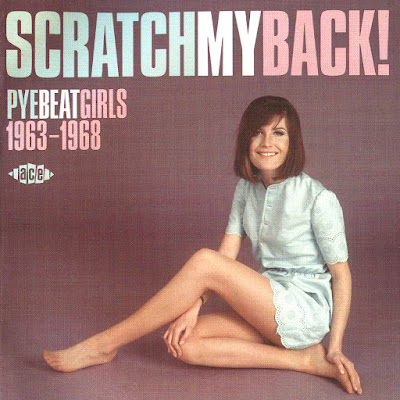 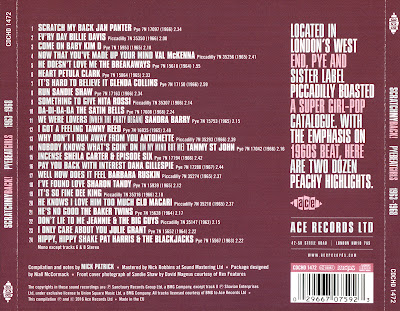 Ace dipped into the Decca vaults a couple of times but 2016's Scratch My Back! Pye Beat Girls 1963-1968 is the first time they've dug through the swinging sounds of Pye's female acts of the '60s. Dating as early as 1963 and as late as 1968 -- aka, the golden age of British pop -- this compilation feels like it's anchored in the mid-'60s, a place where the pop is heavily orchestrated but not stuffy; most of these 24 tracks contain a lightness of spirit and many are often clever. Sometimes, things get plenty strange -- the weirdest moment is, of course, Glenda Collins' "It's Hard to Believe It," a 1967 recording beloved by Joe Meek cultists -- but usually this is bouncy, jubilant pop equal parts freakbeat, Beatles, Bacharach, and Motown, the kind of thing that's bound to bring joy to listeners of a certain stripe.