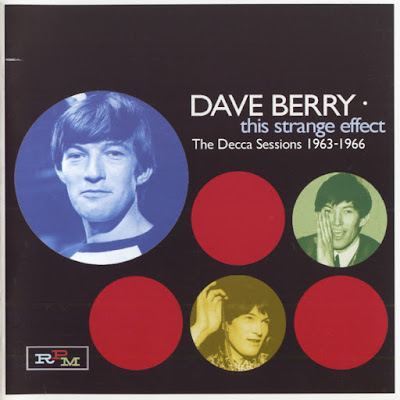 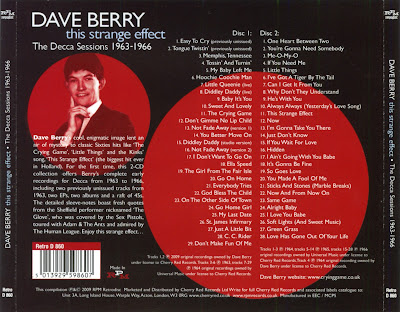 He never had a hit in the U.S., and he was only briefly a star in the U.K., but Dave Berry recorded a whole lot of material in the mid-'60s. This double CD only covers about the first half of his output for Decca between 1963-1970, yet contains no less than 57 tracks, making it likely to be the most definitive collection of his work during this era. Every one of his British hits (except 1966's "Mama") is here, along with all the non-hits, B-sides, LP tracks, and rarities from EPs. There are even five cuts that only appeared on either the Rhythm and Blues compilation LP or the live At the Cavern album, as well as two previously unissued April 1963 recordings ("Easy to Cry" and "Tongue Twistin'") produced by Mickie Most. Load on lengthy liner notes with firsthand quotes from Berry and many cool vintage period illustrations, and you have a package that's hard to beat for comprehensiveness. The quality of the music, it should be cautioned, is nonetheless pretty uneven. Along with the haunting ballads that were his greatest strength (including his big hit "The Crying Game" and the Ray Davies composition "This Strange Effect") and the odd first-rate R&B raver ("Don't Gimme No Lip Child," "I Love You Babe"), there are also a good number of so-so tracks. Berry wasn't the greatest R&B singer, and some of the covers are humdrum; some of the sentimental songs are gloppy; and in his effort to demonstrate his versatility, there were some unimpressive forays into country, folk, and easy listening. To be blunt, you could easily halve this down to a single disc that would be far better, though the specific songs chosen might vary widely according to listeners' personal tastes. Nonetheless, there are a good few fine off-the-beaten tracks that don't usually show up on Berry compilations, like the B-side "Hidden" (which strongly recalls the underrated Scottish group the Poets); the moody folkish "On the Other Side of Town"; the overlooked Gerry Goffin-Carole King tune "So Goes Love"; and the sullen, surprisingly tough "Don't Make Fun of Me." With such good value in terms of quantity and annotation, it's a sensible purchase for anyone with enough interest in Berry to want more than a best-of.