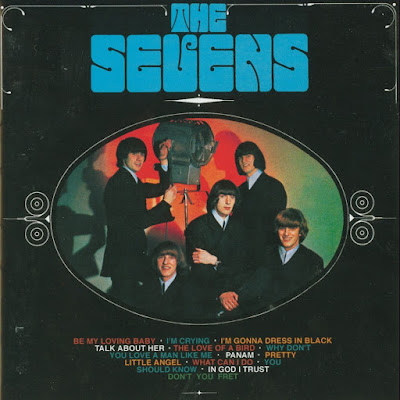 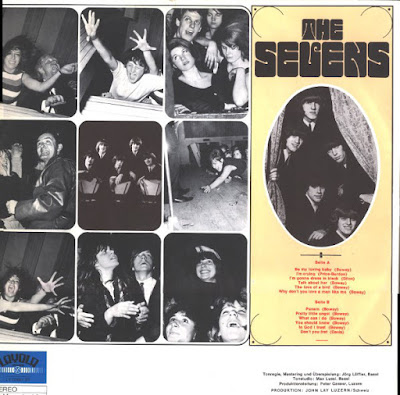 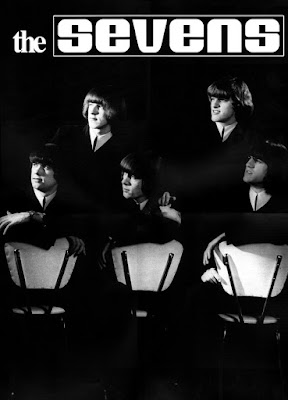 The Sevens were five very talented, and experienced musicians the sevens were a 100% swiss band from basel.

Michel Bovay (bass, vocals) had started out as rhythm guitarist for the legendary, early rocking Globemasters in 1963. They were formed by Charles Gemperli (vocals) in 1959. When the bass player of The Globemasters left, Michel was his replacement.

The Cannon Balls were another early rocking (Elvis, Jerry Lee Lewis, Little Richard influenced) beat group from Basel, formed in 1960 by Pino Gasparini (lead guitar, vocals), Georges Laederich (guitar) and Nando Gasparini (drums). In early 1962 Pierre Aebischer joined The Cannon Balls as lead vocalist and rhythm guitarist. They had by now turned into a twisted rock band. At this time the two rivaling groups from Basel were The Dynamites and The Globemasters. By the end of 1963 the better local groups had already turned towards 60s beat.

In January 1964 The Globemasters broke up for various reasons, including musical differences, and The Cannon Balls had also just lost their organist Sam Wälti (he went on to form his own group, the Sam Wee Five). Georges Laederich also left to play rhythm guitar in Peter Brugger's pre-Sheapes, post-Tornados group, The Blizzards. The two remaining ex-Globemasters, Charles Gemperli and Michel Bovay got wind that The Cannon Balls were about to break up, so they asked Pino and Nando Gasparini to form a new band. They decided to use Les Pirates for the new band name.

The drummer for their first 3 shows was Peter Thommen (ex-The Strangers, The Globemasters and pre-The Dynamites). He helped out for the first three shows until Nando could take over.

A few months later, Charlie had problems with his vocal chords, so he had to stay in hospital for two months; he never returned to the group. They decided to ask the great ex-Cannon Balls lead vocalist and rhythm guitarist Pierre Aebischer (who wasn´t working for another band yet) if he would like to join up as their singer and rhythm guitarist. Les Pirates third lineup (from autumn 1964) now consisted of Pierre Aebischer (rhythm guitar, vocals), Michel Bovay (bass, vocals), Pino Gasparini (lead guitar, vocals) and Nando Gasparini (drums).