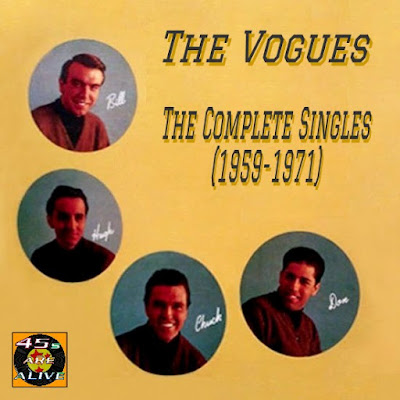 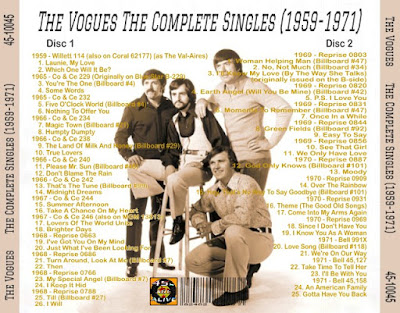 They are best known for their chart-topping singles "You're the One", "Five O'Clock World", "Magic Town", and "Turn Around, Look at Me". In addition to touring the world, the group appeared on American Bandstand, The Tonight Show, and The Ed Sullivan Show. They were inducted into the Vocal Group Hall of Fame in 2001.

The group, originally named the Val-Aires, formed in 1958 at Turtle Creek High School. They signed with Pittsburgh manager Elmer Willet, who produced their first recording release "Which One Will It Be/Launie My Love". DJ Porky Chedwick became a supporter booking the group for his rock and roll shows and record hops. Chedwick put them on bills with the Drifters, the Platters, and the Dells. Clark Race of KDKA radio promoted the group on his KDKA-TV dance show. Having strong regional sales, the single was picked up for national distribution by Coral Records.

After high school, several members of the group joined the Army while others went to college. A few years later with their enlistments completed and degrees in hand, they decided to record again. They pitched in $100 apiece to record a demo tape. They hired Nick Cenci, who had broken Lou Christie, to produce the recording. In 1965, Cenci produced recording sessions for the Val-Aires at Gateway Studios in Pittsburgh. The band recorded vocals for a cover of the Petula Clark song "You're the One." It was released on the band's own Blue Star label. Cenci persuaded John Rook, program director of KQV, to play the single. With local airplay and sales Cenci signed them to the Co & Ce label as the "Vogues". He had the single distributed nationally. The song became a national hit reaching number four on the Billboard Hot 100. Later in 1965, Cenci produced another Vogues recording session giving the world the no. 4 Billboard hit, "Five O'Clock World".

In 1971, the Vogues signed a recording contract with Bell Records and recorded three singles ("Love Song", "Take Time to Tell Her", and "American Family"). 1972 saw the group release one single on Mainstream Records ("Need You" b/w "Greatest Show on Earth"). By 1973, the Vogues were now a trio (Burkette, Miller, and Blasko). Hugh Geyer had departed to spend time with his family. Now recording for 20th Century Records the group released three singles ("My Prayer", "Wonderful Summer", and "Prisoner of Love"). With little commercial success, these would be the last singles released by The Vogues.

By the time the 1980s came around, the trio (Don Miller left in 1974 and replaced by an endless list of vocalists) was doing less touring and was concentrating on Western Pennsylvania venues. Bill Burkette left in 1983, leaving only Chuck Blasko to carry on as the Vogues. At some point in the late 1970s or early 1980s, the group's manager had trademarked the name and assets of the Vogues. He then sold the trademark to another promoter who starting booking other quartets as the Vogues. The trademark was sold several times resulting in several groups of singers claiming to be the Vogues.

From 2004 until 2006, original member Hugh Geyer toured with Blasko's group in the 14 Western Pennsylvania counties that Blasko's group was permitted to tour in. After creative differences with Blasko, Geyer left that group at the end of 2006.

In March 2007, Geyer joined the national touring group of The Vogues of "trademark" owner Stan Elich. Geyer continued to perform with this group until his retirement in December 2012. In May 2008, original lead vocalist Bill Burkette joined Geyer in touring the USA with the "trademark" Vogues. The members of this group included Burkette, Geyer, group owner Stan Elich, Troy Elich, and Jim Campagna. Stan Elich died in December 2010. His son Troy now owns the trademark "The Vogues".

In 2010, The Vogues released a live album The Vogues Sings the Hits Live on the Desert Trax Music label. This marked the first time in 38 years that Burkette and Geyer recorded together.

The Vogues' line-up, as of March 2018, was Troy Elich, Royce Taylor, and Bo Wagner. Taylor had previously been a member of The Vogues from 1991–97. Wagner is a former member of Blasko's Pittsburgh group. Current band members are Dean Mastrangelo (lead guitar), Artie Deleonardis (drums), JR Wright (keyboards), and Rich Gooch (bass).

The original group was inducted into the Vocal Group Hall of Fame in 2001.