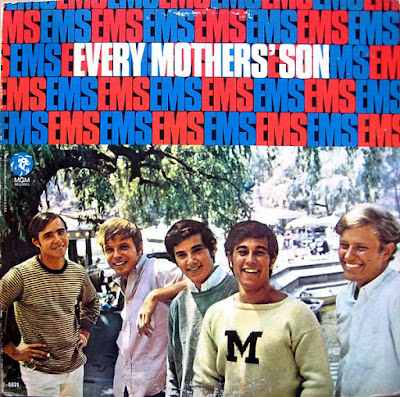 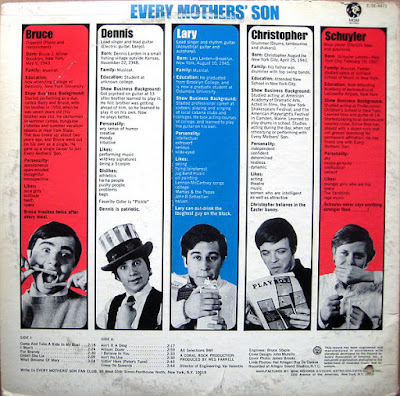 Every Mother's Son is the debut album by American garage rock band Every Mother's Son, and was released in 1967 on MGM Records. It blended both sunshine pop and folk rock influences. The album was preceded by the single, "Come On Down to My Boat"

Following up on the success of their hit single "Come On Down to My Boat", which eventually reached #6 on the Billboard Hot 100, Every Mother's Son recorded their debut eponymous album in 1967. The single which was previously recorded by garage rock band Rare Breed, had been recorded in late 1966. It was written by the team of Wes Farrell and Jerry Goldstein who also produced the album. The remaining ten tracks were all written by Dennis Larden in conjunction with other group members. On the album, the song "Come On Down to My Boat" was titled "Come and Take a Ride in My Boat", as it was on the Rare Breed version. Much of the music on the album was described as "clean summer rock" reminiscent of the Beach Boys or the Mamas & Papas. The album eventually peaked at #117 on the Billboard 200.

Their follow up album did not chart, although it had two charting singles on it, and the group broke up by 1968.