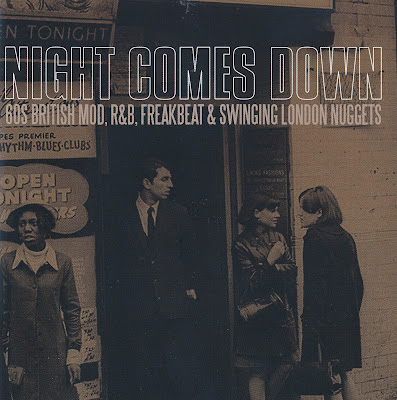 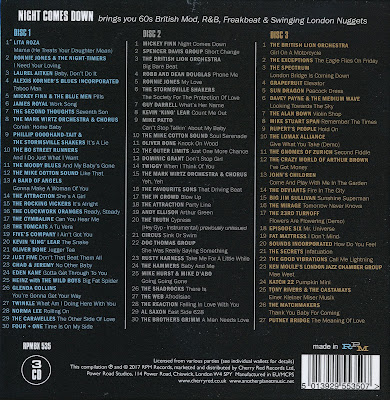 Three CD set. This release follows previous collections Looking Back (2011) and Keep Lookin' (2014), which ran the gamut of musical styles which emanated from the UK, diverse and yet united in their dancefloor appeal, from the discotheques of the day to nouveau Mod clubs in the 21st century. Many tracks make their official debut on CD, including rarities by The Gnomes Of Zurich, Kevin 'King' Lear, Dominic Grant, The Shadrocks, The Reaction, Al Saxon, The Hammers, etc. In addition, 'Cypress' by The Truth is a previously unissued variant of Donovan's 'Hey Gyp'. Familiar names (The Spencer Davis Group, Laurel Aitken, The Moody Blues, Arthur Brown) are joined by cult favourites (John's Children, Mickey Finn, The Bo Street Runners) and relative unknowns (Five's Company, The Second Thoughts). Across the three CDs, Night Comes Down charts the development of beat music in it's various guises, from the gutsy yet jazzy R&B which opens Disc 1 through to horn-laden Brit Soul (Norma Lee, The Brothers Grimm), fuzz-laden Freakbeat (Favourite Sons, The Tomcats, The In Crowd), Femme Pop (Twiggy, Twinkle), and groovy Loungecore (courtesy of Mark Wirtz and Les Reed's British Lion Orchestra). Disc Three reflects the influence of Psychedelia, as Swinging London became multi-colored, with assorted treats from The Alan Bown, The Mike Stuart Span and The Spectrum, with some unlikely Mod-ish discoveries by "hairy" bands such as The Deviants and Fat Mattress. 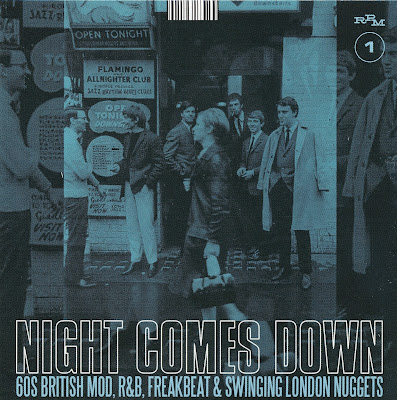 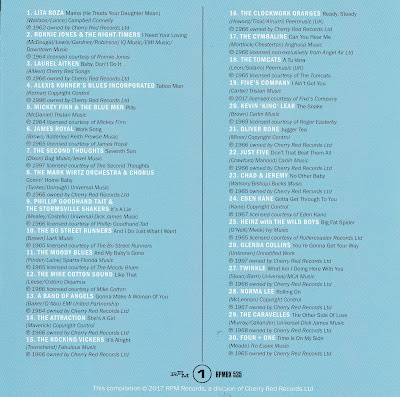 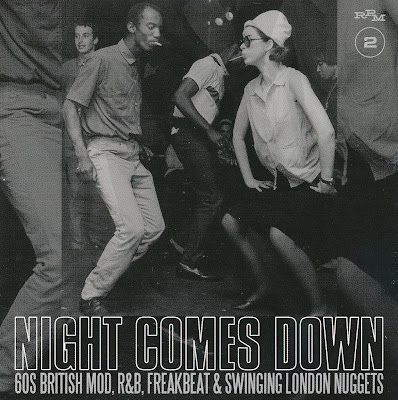 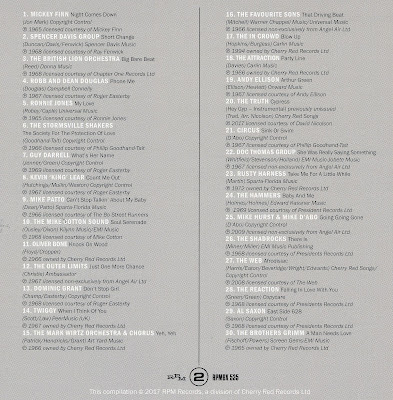 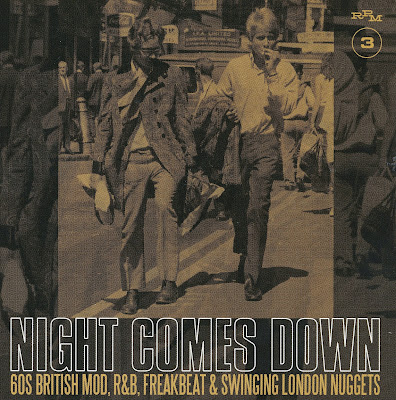 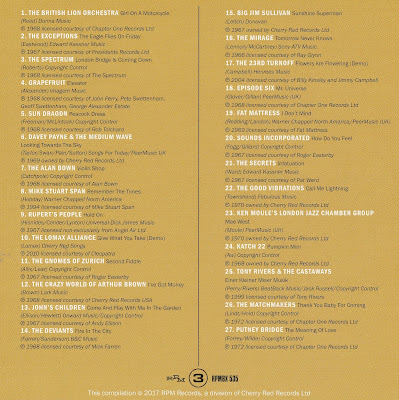 "There's much, much more to 60s British music than just the invasion groups as Night Comes Down demonstrates. If you're a fan of the era, this box most certainly belongs in your collection. Recommended... " ~ James Cole