The Lords - The Original Singles Collection (The A & B-Sides) 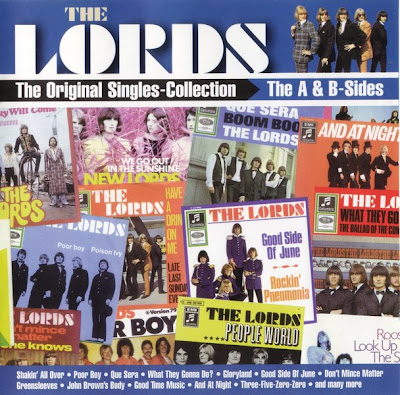 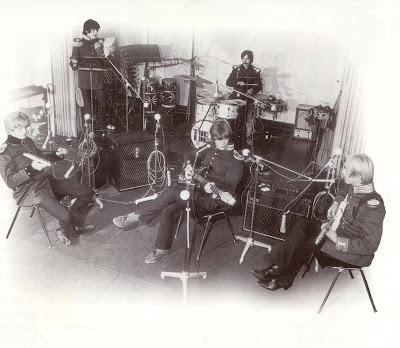 Although Germany had its place in rock & roll's evolution in the 1960s, it was primarily as an incubator for British bands playing grueling stints in Hamburg, not for homegrown talent. The Lords were about the best of a weak scene, populated by bands that could never seem to shake themselves free of stodgy Central European oom-pah folk traditions. Quite popular in their own country, the Lords made no impression in the English-speaking world until a couple of decades later, when reappreciation of '60s beat and garage music became so intense that collectors began to investigate the strange and wonderful world of Continental '60s rock.

The Lords are one of those groups that have to be heard to be believed. Although they had the requisite moptop haircuts, their repertoire was surprisingly anachronistic at times, drawing heavily from not only German drinking songs, but American folk tunes, Lonnie Donegan's skiffle, and the pre-Beatle British rock of Johnny Kidd & the Pirates. Whatever they covered -- "Greensleeves," "Shakin' All Over," "Poison Ivy," "Tobacco Road," "Que Sera," "Sing Hallelujah" -- they made their own with frantically fast tempos, heavily accented Teutonic vocals (virtually all of their material was in English), and heavy overuse of tremelo guitar lines with mucho reverb, whammy bar, and Lesley organ-like effects. They also wrote some interesting material of their own that drew from the more contemporary influences of Merseybeat and English mod pop. The Lords were not brilliant musicians or composers, but they were fun, and they had the hearts of true rockers, although some modern listeners will find their approach too hammy and sloppy.

Between 1964 and 1968, the Lords were very prolific, issuing five albums and over a dozen singles. Unfortunately, there has yet to be a Lords compilation that truly focuses upon their best material, although a couple of their later albums have been reissued in Germany. As the group was pretty erratic (nobody wants to hear their singalong drinking tunes these days), a well-chosen anthology is necessary to appreciate their virtues; the North American listeners lucky enough to hear the group's best stuff have usually done so via tapes made by other collectors. 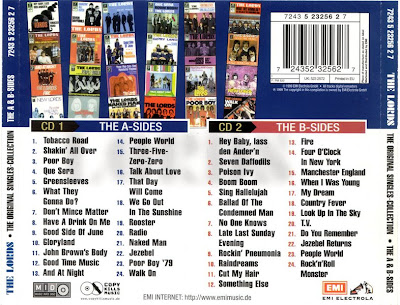