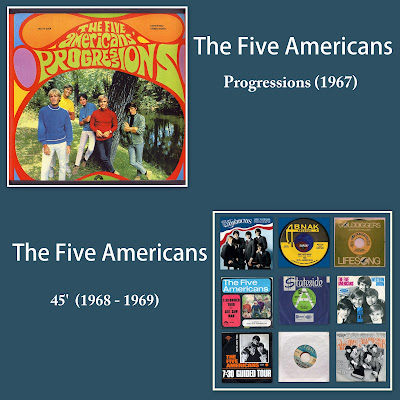 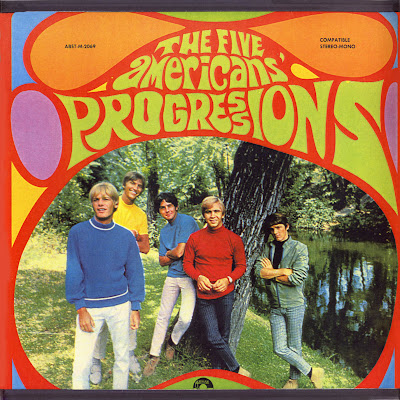 The Five Americans' third album, Progressions, lives up to its title. The group, which had gained success with the pounding frat rocker "I Saw the Light" and the bubbly pop hit "Western Union," began to show some real artistic growth as they stretched out and explored new sounds. Some of the tracks sound like more assured versions of their earlier efforts -- the bubblegummy "Zip Code" (the attempted follow-up to "Western Union"), the tender folk-rock of "(But Not) Today," the sparkling pop of "Stop-Light" -- but they also incorporate some harder guitar rock on "Black Is White -- Day Is Night," Kinks-y baroque pop psych on "Rain Maker," and blue-eyed soul on "Come on Up." They also ditched the at times too slick sound achieved by producer Dale Hawkins, took over the production chores themselves, and did a fine job of creating a full and rich sound with just enough experimentation to keep things unpredictable. Progressions is a substantial leap of quality for the group; with the right push, it could have been big. Instead it is a hidden gem that fans of fine '60s pop should seek out and savor.