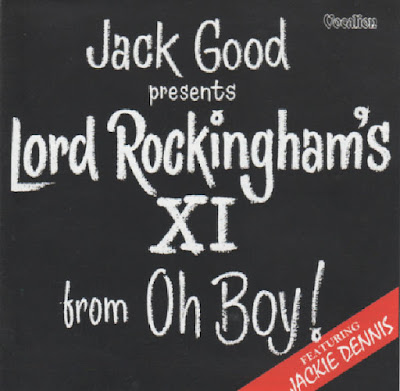 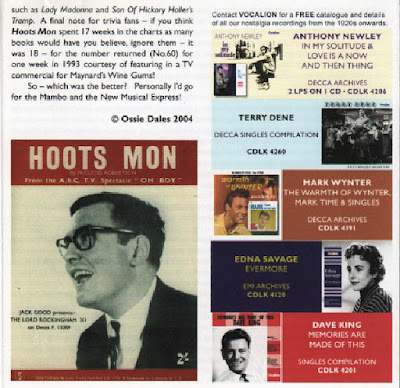 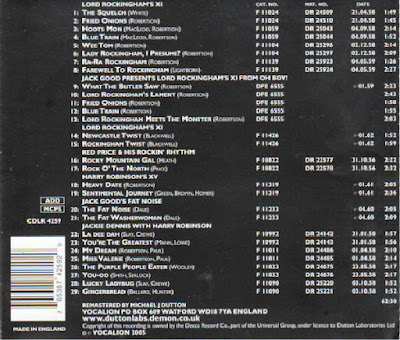 In addition to backing singers such as Marty Wilde and Cuddly Dudley, they recorded several novelty rock instrumentals for Decca Records, the first being "Fried Onions", which failed to chart in the UK but did slip into the US Billboard charts for a week at No. 96. The second single, Robinson's "Hoots Mon", a rocked-up version of the traditional Scottish song "A Hundred Pipers", featuring cod Scotticisms like "Hoots mon, there's a moose loose aboot this hoose!", rose up the charts supported by weekly TV exposure, and stayed at number one for three weeks. They played "Long John" among others.

Following a legal case brought by descendants of the real Lord Rockingham, which was settled out of court, the group toured and made several less successful follow-ups, including "Wee Tom" (#16, 1959). They disbanded with the end of the TV show in 1959, although the name was revived for a couple of albums in the 1960s. Harry Robinson's career in TV and music continued, one notable credit being for his string arrangement on Nick Drake's track "River Man".

The group is among one of the first English bands to exhibit a sounds similar to what would later become known as ska music, utilizing a number of features of the genre including an upbeat tempo, main melody provided by brass instruments and upstrokes on the Electric guitar, (similar to bands who came about two decades later such as The Specials, The English Beat and Bad Manners). This can be heard in songs such as “Hoots Mon” and “Lord Rockingham Meets the Monster,“ both of which were released in the 1950s.

"Fried Onions" was used in a television advertisement for Options indulgence chocolate drink, first shown on UK TV in December 2011.

Jack Good was the producer of the tv show "Oh Boy!" which included the band Lord Rockingham's XI. Harry Robinson was the musical leader of the band. Jackie Dennis was a young Scot who got his TV debut through the show.