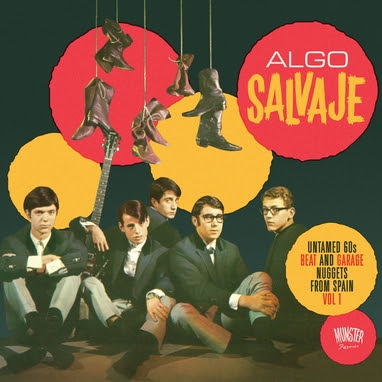 Internationally labeled as "nuggets" (after the original compilation of the same name concocted by Jac Holzman and Lenny Kaye in 1972 for the Elektra label), the more common garage rock label has been used to place and describe one of the most fertile chapters of rock & roll history during its most creative years. An underground story which has luckily become known, with participants from all around the globe, which included anonymous musicians, independent record labels with impossible names, and ridiculously limited pressings, often not more than a few hundred copies. Much more important and influential than its level of exposure would suggest, this nuggets-type of music was insolent, proud and self-taught. The trigger of the phenomenon was, without a doubt, the concluding British Invasion to the U.S., which started in 1964: that collective youthful glare provoked by an unprecedented music event in which a number of English bands took up American music and regenerated it in their own personal way. All of them managed to open a big crack in the comfortable status of early '60s rock through which garage rock, in an incredible game of fascination and rage, started to pour freely. This new music, drawing from beat, rhythm & blues and the new psychedelic nuances that already flew over the rock scene, emerged gloriously as a coarse creature. Question Mark, The 13th Floor Elevators, The Remains, The Chocolate Watchband, Electric Prunes, The Seeds, The Standells, Kenny & The Casuals, The Sonics, Music Machine -- and hundreds more bands. They led the American answer to the British bands and they all reached truly fantastic heights, although any list of great names will be insufficient and unfair. Dazzled by that blinding light, thousands of bands appeared from all over the world, including Spain, of course. Few of the expected obstacles derived from the political and social situation in Spain under Franco seemed to matter to these bands. At their own pace and in their own way, and almost at the same time that it was happening on the other side of the Atlantic, the Spanish nuggets got into action and moved from the village music band to the yeh-yeh group. The cleverest teenagers noticed that there was something new in the air, and realized that such intoxicating music enabled them to display attitudes and words which didn't have any other way out in that anomalous society. The breeding ground was usually small labels and sometimes, not often, the bigger imprints would dare take a chance. In both cases, the nuggets-type tracks were always on the B-side of singles and EPs. It's worth it to note the unusual case of Los Brincos and their Beatlesque and thunderous debut "Dance the Pulga," a visionary piece which started the genre in 1964 with all the honors, and whose second 7", Flamenco, introduced one of the key contributions of Spanish garage: noisy approximations or versions of copla and flamenco songs. It was an obligatory and respectable settling of scores with genres of music that were tied to the past and to a model of authoritarian family whose foundations were starting to crack. And although the dotted map of the most prolific areas points towards the tourist sites of the Mediterranean coast, it was actually a global phenomenon which took place in any part of Spain. Coming, most of them, from a middle class background which was starting to consolidate, Spanish teenagers from the '60s employed the same musical models as their foreign colleagues, but their contribution was not only exemplary in many cases, but also specifically genuine. These Spanish Nuggets, an eternal unfinished business of our musical heritage waiting to be reissued, are finally celebrated here on this first volume of Algo Salvaje. Includes extensive notes by Vicente Fabuel, featuring all the original record sleeves and artist photos. 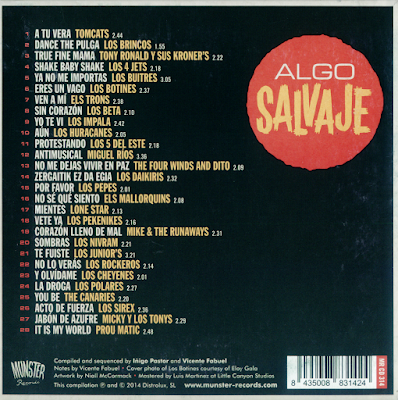 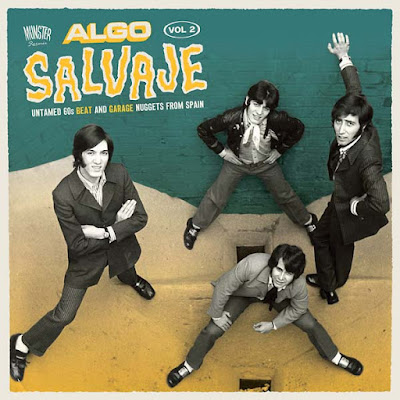