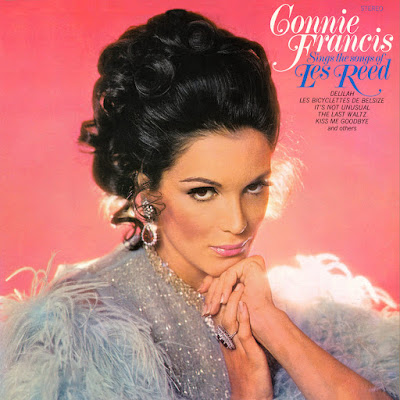 Connie Francis sings The Songs of Les Reed is studio album recorded by U. S. Entertainer Connie Francis. It is the last album Francis recorded under her long-term contract with MGM Records which had been signed in 1955.

Although not really a commercial success, Francis' 1968 album Connie Francis Sings Bacharach & David, a portrait of the songwriting collaboration between Burt Bacharach and Hal David had received enough critical praise to repeat the concept. This time, Francis portrayed the work of British composer Les Reed.

Principal recording took place on September 6, 8 and 9, 1969[ at Wessex Studios in London. Additional vocals and instrumental overdubs were recorded September 25, 1969 in New York. 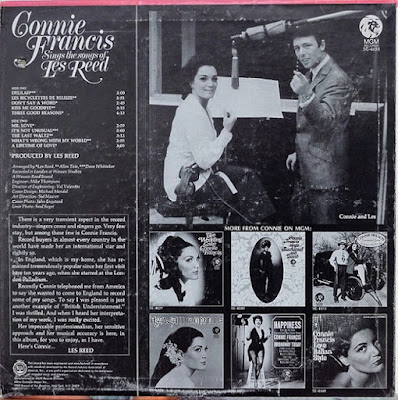