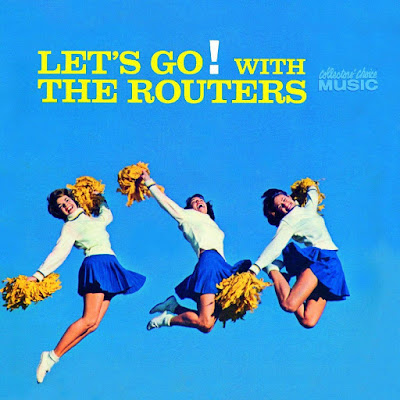 The Routers followed up the 1963's Great Instrumental Hits (1964) long-player with Charge! This spirited release features a dozen modernized rocking instrumental interpretations of college fight songs as well a few equally peppy originals. Although the band initially consisted of an actual group of non-professional musicians, by the time the Routers were signed and had issued their clap-happy hit "Let's Go!," those performers were replaced by an all-star confab of West Coast session heavies — many of whom were members of the inimitable Wrecking Crew. These included Hal Blaine (percussion), Carol Kaye (bass), Tommy Tedesco (guitar), and Leon Russell (keyboards), and prominently featured is the rousing and yakety Plas Johnson (sax). Their hard-drivin' pop music helped producers and artists — such as Phil Spector and Brian Wilson — define the uniquely American pre-British Invasion West Coast sound. Under the direction of Warner Bros. staff producer Joe Saraceno, the Routers became the perfect outlet for the uptempo pop reworkings of concurrent chart-toppers. They even corralled a few originals that followed the same somewhat formulaic yet tried and true, rhythm-intensive, and ultimately danceable performance style. Charge! commences where Let's Go! With the Routers (1963) left off. With an ear toward the teen consumer, these adaptations of well-known athletic anthems are akin to a rock & roll pep rally. Anyone who has ever attended a team sporting event will inevitably recall the old standbys "On Wisconsin" — enhanced here with a stirring chant of "Fight! Fight! Fight!" — "Anchors Aweigh," or "On Brave Old Army Team." These new souped-up readings are the antithesis of the old staid Sousa-influenced marching band arrangements and feature wailing guitar solos and hot-steppin' bongo beats in place of the traditional tuba, piccolo, and bombastic bass drum. Some sides — most notably "The Washington and Lee Swing" as well as the original composition "Pep Rally" — adapt familiar musical themes with a bent for the Watusi and Frug generation. Interestingly, many of these mod interpretations continue to show up in TV adverts and as musical beds for sports announcers. In 2003, Collectors' Choice Music released Charge! on CD as a part of their Routers' reissue campaig 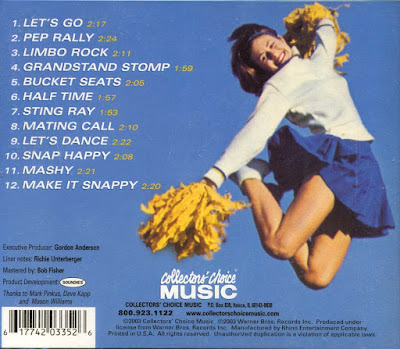