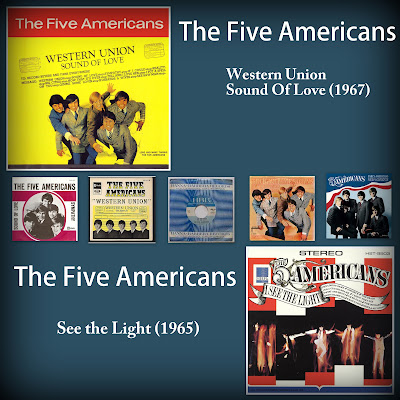 In 1966-1967, this Dallas group enjoyed some modest national success with the number five hit "Western Union," as well as a few other Top 40 entries, "I See the Light," "Zip Code," and "Sound of Love." Dominated by high bubbling organ lines and clean harmony vocals, the group favored high-energy pop/rock far more than British Invasion or R&B-inspired sounds, although a bit of garage/frat rock raunch could be detected in their stomping rhythms -- and their guitar-dominated tracks offered something else again, the harmonies and texture of "The Train" (which was very nearly their debut single) recalling the punchier work of Gene Clark with the Gosdin Brothers from the same period. Recording prolifically throughout the last half of the '60s (often with ex-rockabilly star Dale Hawkins as producer) and writing much of their own material, they were ultimately too lightweight and bubblegum-ish to measure up to either the era's better pop/rock or garage bands. Their 1966 hit "I See the Light" is their toughest and best performance. 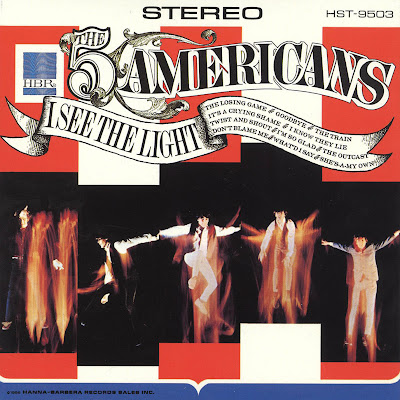 lf you're curious enough about the Five Americans to want more than a greatest hits collection, this 1966 album is a worthwhile supplement. Ten of the 12 cuts are group originals, and they lean toward the gutsier side of what this sometimes pop-oriented act could offer, with occasional influences of Beau Brummels-like folk-rock. Most of the songs are not on their CD best-of (Western Union), and this disc adds previously unreleased alternate takes of "The Train" and "Good Times." 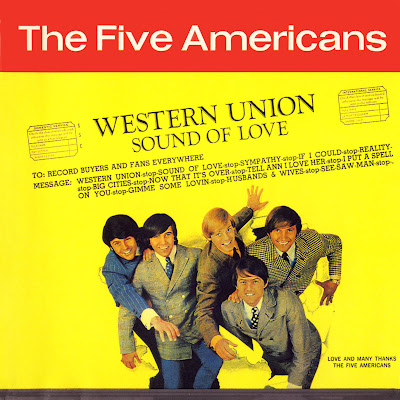 The Five Americans were five guys from Texas who were equally adept at playing tough rock tunes, folk-rock-influenced ballads, and sweet pop confections; their biggest hit, "Western Union," a number five charter from 1967, even edges toward bubblegum. Their second album, Western Union/Sound of Love, features a batch of fine songs like the sparkling rocker "Big Cities," the almost funky "Sound of Love," the sticky sweet "If I Could," and of course the excellent title track that show off their rich vocal harmonies, spirited playing, and sure-handed melodies. Producer Dale Hawkins (of "Suzie Q" fame) could have kept things a bit looser, as the sound is sometimes a touch too slick and they had absolutely no business covering Screamin' Jay Hawkins' "I Put a Spell on You," but otherwise this is a fine example of solid craftsmanship from a band that gets overlooked far too often when the really good bands of the '60s are mentioned.