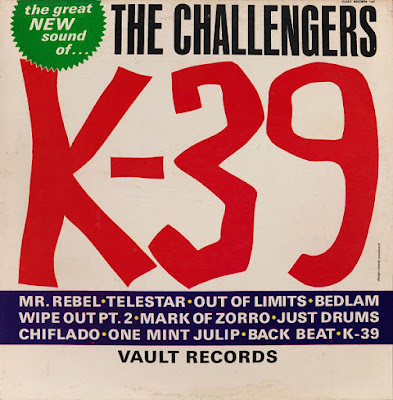 Formed in 1962, The Challengers, an instrumental surf music band, were highly influential on the burgeoning surf music scene that was sweeping across California in the early 1960's. The band was formed out of the pioneer surf band called The Bel-Airs who scored a big hit with a surf instrumental titled "Mr. Moto." Presented here is their vintage 1964 album "K-39," featuring the surf classics "Wipe Out," "Telstar" and the old pop hit "One Mint Julep" done up surf style. Members of the Challengers on this album are Richard Delvy (drums); Randy Nauert (bass); Art Fisher (guitar); Ed Fournier (guitar) and Phil Pruden (saxophone).