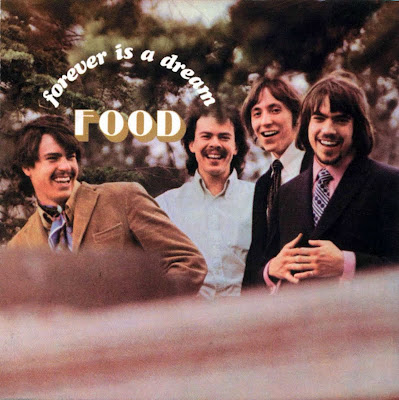 At one point in the movie Repo Man, the main character opens a can of food labeled "Food." The Chicago band Food was rather like an equivalent to that can of food in the world of late-'60s psychedelia: an album that had a lot of the common ingredients found in psychedelic rock, but wasn't especially tasty or distinguishable from a lot of other offerings on the racks. Their sole album, Forever Is a Dream, came out on Capitol in 1969, and tended toward the softer and more orchestrated side of psychedelia. At various times, it went into punchy soul-tinged horn rock, lush ballads, and folkiness, often with the kind of distorted instrumental and vocal textures common to the era. 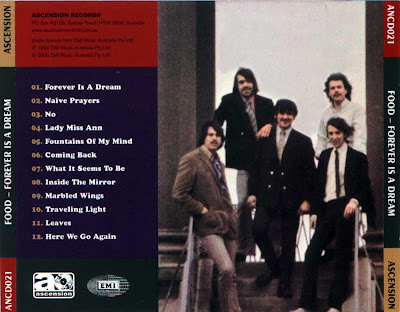 While Food's only album is fairly wide-ranging in its exploration of various modes of lighter, more pop-oriented psychedelic album rock, it's an ordinary record of its kind. It's not so much what's wrong with the album that holds it back, but rather what it lacks in truly strong songs or original takes on the sound of its times. Certainly it's a record of its time, as you can tell from the fluttering distorted violin-ish guitar sustains, insertions of British psych-influenced horn fanfares, tempo changes, occasional probing vaguely trippy lyrics, uptempo soul-rock numbers, high piercing organ, and other such accoutrements. It's pleasant and well-intentioned, as are Steve White's slightly shy-sounding vocals, but doesn't leave much of a trail after it passes through the digestive system.