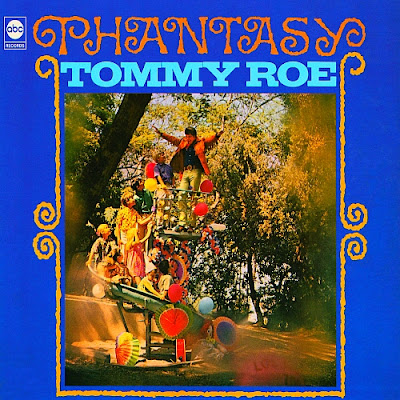 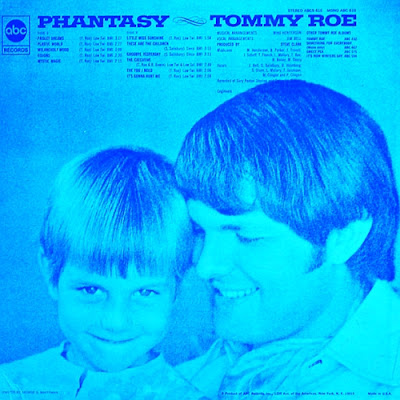 Tommy Roe - real name Thomas David Roe: singer/songwriter known for his bubblegum records, born May 9, 1942, Atlanta, Georgia, USA. His first hit was "Sheila", recorded in 1960 but not a success until two years later, and (despite his career being put on hold from 1963-6 while he was serving as an electrician in the US Army) he scored several more hits during the 1960's. He had a Billboard number 1 hit in the U.S. and Australia in 1962 with the track "Sheila". A buildup of global sales of "Sheila" meant that the Recording Industry Association of America did not present the gold record until 1969. When "Sheila" became a hit in '62, ABC-Paramount Records asked him to go on tour to promote the hit. He was reluctant to give up his secure job at GE until ABC-Paramount advanced him $5,000. However, in March 1963, the UK music magazine NME reported that he and Chris Montez had both been upstaged by the Beatles and their fans on a 21-day UK tour. Late that year, Roe scored a Top 10 hit with "Everybody", which reached US number 3 and UK number 9, and "The Folk Singer" (number 4 UK) written by Merle Kilgore was also popular. Following a more successful tour of the United Kingdom by his friend Roy Orbison, Roe toured there and then moved to England where he lived for several years. In 1964, Roe recorded a song written by Buzz Cason entitled, "Diane From Manchester Square." It was a story in song about a girl called Diane, who worked in an upstairs office at EMI House, when it was based in London's Manchester Square. Sales of this single in the UK were poor, and it failed to chart. During the 1960s, he had several more Top 40 hits, including 1966's number 8 "Sweet Pea" (number 1 Canada) and number 6 "Hooray for Hazel" (number 2 Canada). In 1969, his song "Dizzy" went to number 1 on the UK Singles Chart, number 1 in Canada, as well as number 1 in the U.S. Billboard Hot 100. This transatlantic chart-topper sold two million copies by mid-April 1969, giving him his third gold disc award. Although his style of music declined in popularity with the 1970s mass market, Roe maintained a following and continued to perform at a variety of concert venues, sometimes with 1960s nostalgia rock and rollers such as Freddy Cannon and Bobby Vee. In 1986, Roe was inducted into the Georgia Music Hall of Fame, and his pioneering contribution to the genre has been recognized by the Rockabilly Hall of Fame.